Opinion: Lambasted Tottenham man is still a key figure in North London despite his form 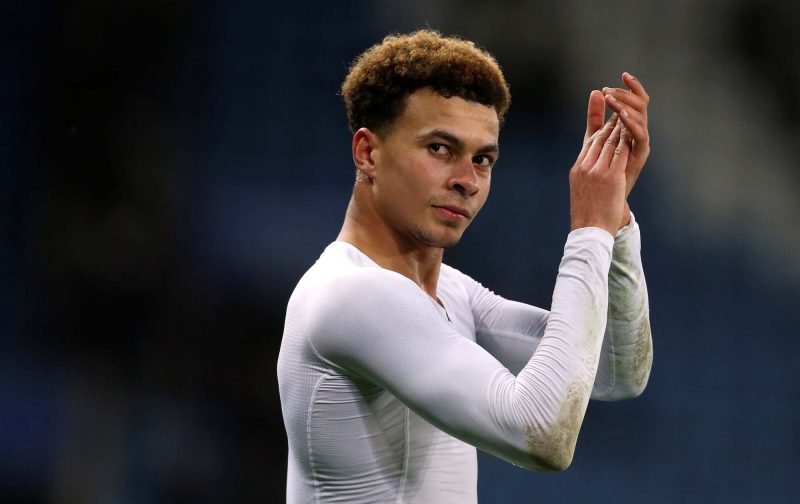 This season, and last season too for that matter, simply haven’t been Dele Alli’s best years of his career. The England midfield man developed a reputation for scoring big goals in big games, and dragging Tottenham to results when Harry Kane and Christian Eriksen couldn’t.

However, in recent years Dele has fallen short of the expectations that he set himself in his early years at Tottenham. Whether or not his performances were as poor as was being made out is one thing, but certainly his goal involvement has taken a sharp decline, dropping from 27 combined goals and assists in 2016/17 to just eight last season, Transfermarkt

A lot of that may be down to the fact that the Lilywhites have been deploying Dele as a midfield utility man. When possible he’s used as a #10 and is given the freedom to make late runs, get in behind and play off of Harry Kane, score goals, link things together and get at central defenders, but as of late, this hasn’t happened.

With the likes of Heung-Min Son and Lucas Moura playing through the middle and Eriksen in behind, Mauricio Pochettino has often used Dele in a deeper midfield role, and whilst the stats show that he plays that role well, as he averaged more interceptions, clearances and passes per game in 18/19 than he did in 16/17, per WhoScored.

That’s not what the fans want to see, though. The fans want Dele amongst the goals and making an impact at the top end of the pitch, and he is certainly still capable of it. The best thing for Dele will be to get back to his spot behind Kane that Eriksen has been playing, and with Eriksen’s future up in the air, surely Dele’s time is now.

The supporters need to get behind their man. If Dele gets his chance then he has to take it, but at the age of just 23-years-old there is certainly plenty of time for the midfielder to get back to his best, and he needs to be given the chance to do so at Tottenham as opposed to elsewhere.