Looks like Gedson Fernandes will leave Tottenham in January 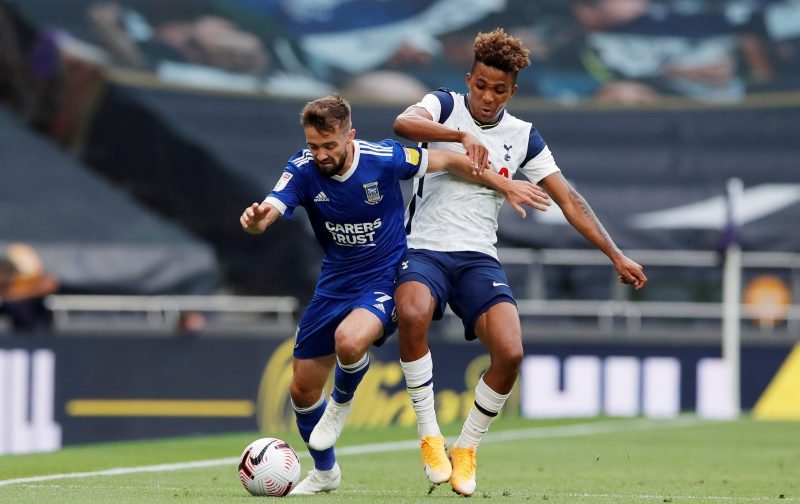 In news that will surprise nobody, Gedson Fernandes’ loan at Tottenham might be cut short. The 21-year-old has struggled for playing time under Jose Mourinho this season and has the option to cut his stint short when the winter transfer window opens.

Benfica aren’t pleased that Fernandes isn’t getting many minutes on the pitch, so they could bring him back to the Estádio da Luz in January to loan him elsewhere. It doesn’t appear we’ll stand in his way.

Since joining on an 18-month deal in January, the Portuguese international has gone on to make 13 appearances in all competitions. Fernandes has amassed only 356 minutes of football in 10 months and finds himself low down the pecking order.

He’s currently behind Harry Winks, Dele Alli, Pierre-Emile Hojbjerg, Moussa Sissoko and Tanguy Ndombele in midfield, racking up just one appearance across the board in 2020/21.

Fernandes may have been hoping for more opportunities after featuring heavily in pre-season – 3-0 win over Ipswich Town (August 22), 4-1 win over Reading (August 28), 1-0 win over Birmingham City (August 29) – but the 21-year-old has been left out of our squad 13 times already.

What has Jose said?

Football.London say Mourinho planned to turn Fernandes into a right-back before Matt Doherty joined from Wolverhampton Wanderers. Serge Aurier not being sold made it more unlikely that Gedson would be given an opportunity too.

Mourinho has been surprisingly diplomatic about Fernandes’ future, however. He told SporTV (h/t Sport Witness): “I understand the situation of the kid and Benfica’s. If the club wants to end the relationship, we’ll be here to collaborate because we want the good of the player. Benfica have the power to decide and it will be accepted by us. I will never be the one to push him or say that I don’t want him here, because I do.”

With so much competition for places, Fernandes could spend the rest of the season on the periphery. It doesn’t look like we’ll turn his move permanent, so he’s better off returning to Benfica. He featured more heavily during the second half of 2019/20 but was unable to pick up where he left off. Mourinho leaving him out of our Europa League squad spoke volumes.

It just didn’t work out.

In other news, is Tottenham’s pursuit of Marcel Sabitzer bad news for Steven Bergwijn?