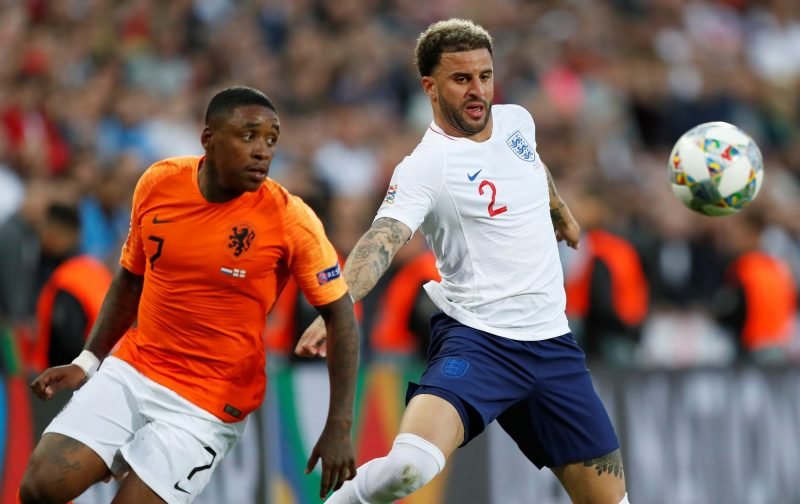 Kyle Walker has recently committed his future to Manchester City by signing a new five-year contract and Tottenham Hotspur fans have taken to Twitter to tear into him once again following his update.

Now 29, his new deal will keep him at the Premier League champions until he is 34-years-old.

The England international left us back in the summer of July 2017 for a fee thought to have been in the region of £53million (Guardian).

In his time with Pep Guardiola’s side, he has managed to win a number of trophies including back-to-back Premier League titles and a domestic Treble this season.

Walker celebrated the news by posting an update on his personal Twitter account, however, many of our supporters took it as a chance to continue to criticise him for leaving us because of the amount of money he earns at the Etihad Stadium.

Some continued to share those opinions, whilst others were actually quite shocked that he was handed a deal for that length of time in the first place considering how old he is.

A fan stated that he felt Walker would have ‘5 more years of lining your pockets’, whilst another said he would be ‘second choice next season’ at Manchester City – a thought echoed by someone who stated they would ‘be surprised if you last that long’.

Here are some of their reactions to his new contract…

Be surprised if you last that long

5 more years of lining your pockets whilst at the same time trying to stop your own fans from picking them.
Good luck Mr Squeaky.