‘Not ambitious then’, ‘Doesn’t have a brain’ – Loads of Tottenham fans slate potential signing 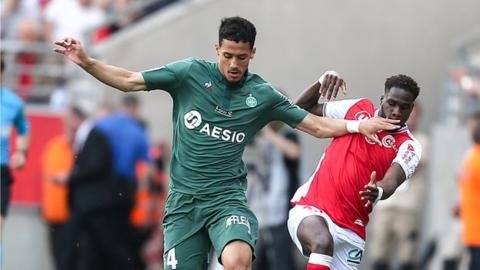 Tottenham fans on Twitter have been well involved in all things transfers over the last few weeks.

The Lilywhites are desperate to add to the signing of Tanguy Ndombele (BBC), and the rumours have been swirling that William Saliba could be the next incoming at the club.

Spurs matched Arsenal’s offer for the centre-back, with the choice of who now to join now with the player.#THFC #COYS pic.twitter.com/Z0Lc4fsQOI

That’s according to Sky Sports, who recently claimed that Mauricio Pochettino and Daniel Levy are definitely in talks with St. Etienne for the defender, rivaling Arsenal for his signature.

Unfortunately for those Tottenham fans who were desperate for the defender to be signed in the coming days, there’s some bad news. According to Spanish journalist Kike Marin on Twitter, the Frenchman’s preference is a move to Arsenal, although the current problem with the deal is the club, not the player.

Things can change very quickly in football, though. The 18-year-old would be missing out on the lure of Champions League football should he sign for Arsenal ahead of Tottenham, but with the Gunners providing an easier path to senior football it’s not an easy choice to make.

Moura will make him regret that stupid decision. #COYS

Why? He got nothing to do on Thursdays?

Let him go then. He’s obviously as thick as mince!!

moreful him then, terrible place for development

So he is not ambitious then

Scared of toby and Jan I see, oh well onto the next one

These Spurs fans haven’t held back in sating the Frenchman and will only level further abuse at the teenager should he be confirmed as an Arsenal player.