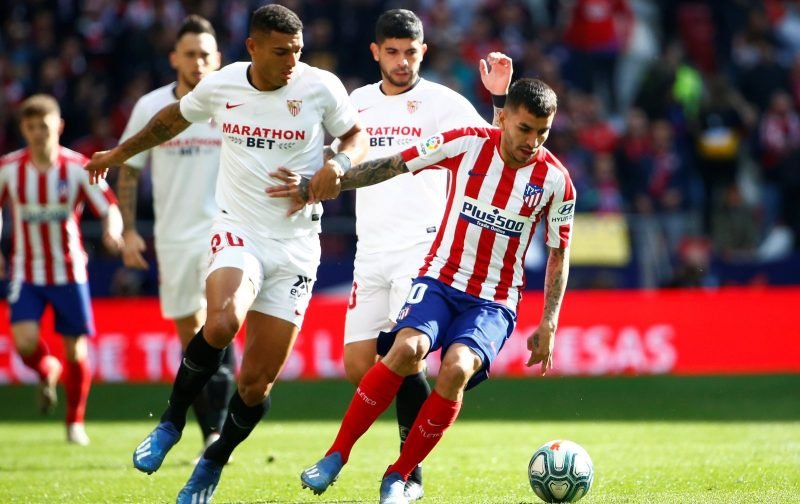 Lots of Tottenham Hotspur supporters have been reacting on social media to reports by The Telegraph, claiming Spurs are one of several clubs impressed by Sevilla defender Diego Carlos.

Carlos is thought to have emerged as the leading centre-half for Manchester City to target in the upcoming summer window as they strive to fill the void Vincent Kompany left a year ago, with Pep Guardiola giving the Brazilian serious consideration.

Guardiola sees Carlos as a strong alternative to SSC Napoli’s Kalidou Koulibaly but could face competition from a string of European sides, including Spurs, who were taken aback by the Sevilla man’s standout efforts during his first year in Spain.

Carlos joined Sevilla for £13.6million after three years with Nantes, and has accumulated 40 appearances for the Andalusian side across all competitions, of which only one has come from outside the starting line-up.

The now £28.8m-rated centre-half has also helped to 14 clean sheets over his 34 La Liga outings, in which he has averaged 1.0 interceptions, 1.0 tackles, 5.0 clearances and 2.8 aerial duels won per game, according to data collected by Sofa Score.

Reports linking Spurs with a potential move for one of Man City’s top centre-back targets has led many Tottenham fans to rush to social media urging Chairman Daniel Levy to finalise a move.

These are the players we should be going for not Kim

@sfcbdlm2 as unlikely as this is, from what I’ve seen, he is a very good centre half, where’d you think he’s headed, if anywhere?

Now that is a player we should be signing. The lads class. But we will never pay the money for him unfortunately https://t.co/pDc6OVc2tL

What makes Carlos such a sought-after target among the Spurs fanbase is that he would come with very few downsides, in their opinion at least.

The only downside to this is the age (27) we’ll probably be priced out anyway https://t.co/WAFYv6AAcM

Not all Tottenham fans would agree that Carlos represents a good potential arrival, however, as the price tag Sevilla would demand is likely to be more than they feel Levy would sanction.

Price tag a rather large one.