No brainer: Tottenham must consider free agent that can be the perfect back-up for Kane this summer – Opinion 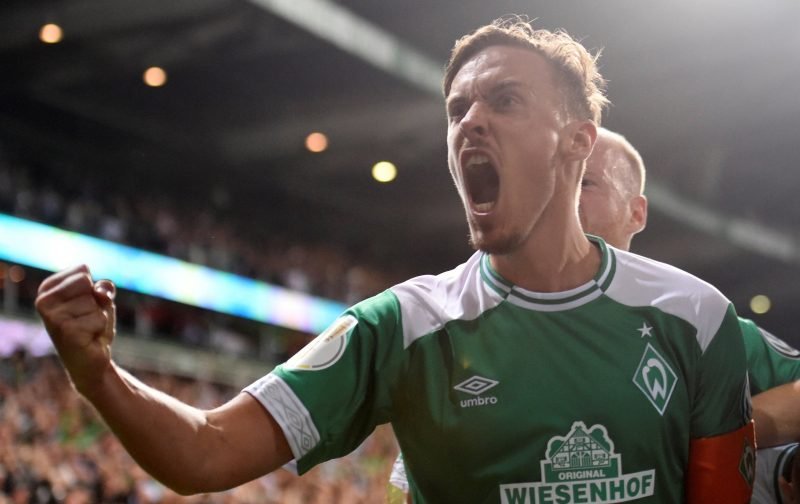 Tottenham Hotspur should be looking to add a back-up striker to their ranks this summer.

Spurs will see Fernando Llorente leave the club, whilst Vincent Janssen also looks destined to depart after a miserable three years in England, which will leave us with just Harry Kane as our only senior recognised forward.

Now, we all know that our talisman has suffered from a number of injuries recently and has had to spend a significant period of time on the sidelines. History alone should tell Tottenham that they must find a striker to bring to the club just in case the worst happens.

And, Max Kruse could be the perfect option for Mauricio Pochettino and Spurs this summer.

According to a report by the Daily Express, the Werder Bremen forward is out of contract in the coming days and we are thought to have held an interest in the attacker.

The 31-year-old has been in incredible form for the Bundesliga outfit this season as he has managed to find the back of the net 12 times and provide his team-mates with 14 assists in his 36 matches across all competitions (Transfermarkt) – although that might not be surprising to those who have followed German football as they will know he has been prolific for whoever he has played for in the past.

Tactically disciplined and incredibly hardworking, Kruse has the intelligence to take defenders out of the game and provide a killer ball for his team-mates to take advantage of. According to statistics compiled by WhoScored, he managed an average of 2.6 key passes per game and completed 1.2 dribbles per match.

The former German international would offer Pochettino plenty of versatility in the final third as well as he can play anywhere across the front line or even as a number 10 and, perhaps, that could come in useful if Christian Eriksen were to leave the club this summer.

Although he has never played his football outside of his home country, Kruse should have enough about him to make the transition to life in the Premier League and be able to make a difference to the team if he were to join us.

With all that in mind, surely taking Kruse on a free transfer should be a no-brainer for Spurs this summer and one they should look to complete as soon as possible.