News: Tottenham set to struggle as duo miss training ahead of trip to Villa Park 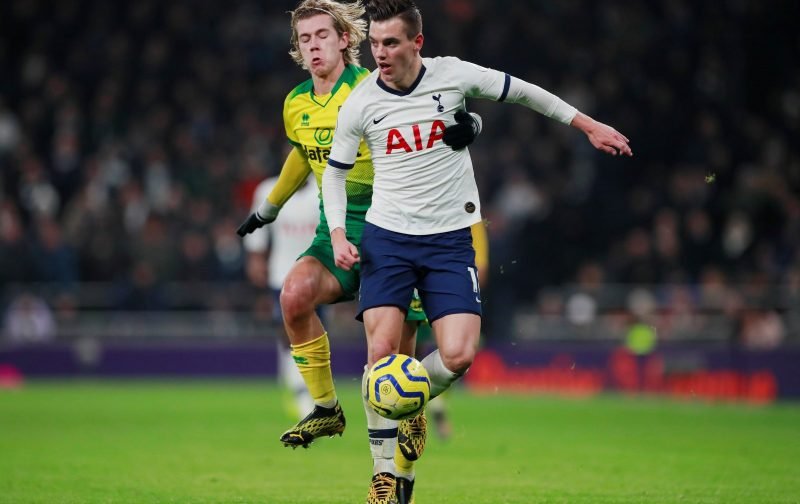 Tottenham fans have finally seen their side pick up some momentum over the last couple of weeks. The Lilywhites’ have won their last two games and are unbeaten in six in all competitions, and now they face another winnable game away at Aston Villa on Sunday.

This clash is the reverse fixture of the first game that the Lilywhites played this season when they overcame Dean Smith’s Villa 3-1 at the Tottenham Hotspur Stadium, however, Jose Mourinho’s side may struggle this weekend as two stars have missed training ahead of the clash.

Those two players are the ever-impressive Giovani Lo Celso, who has become a real star this season in the midfield for the north London side, and his countryman Erik Lamela, the mercurial winger, and missing the pair certainly won’t be something that Mourinho will have wanted.

The positive news is that Ben Davies has returned to training, but the pair of talented midfielders will be big misses, and after they missed the recent FA Cup win with muscle injuries they’re still not back in training ahead of the trip to Birmingham, according to The Evening Standard.

‘Speaking after the 3-2 win last week, Mourinho said: “We knew Lamela and Lo Celso had no chance to be here with muscular injuries and Bergwijn had no chance with the rules of the competition.”

‘The Argentine pair were not part of the main group training on Wednesday but are reportedly only nursing minor injuries ahead of the weekend.’