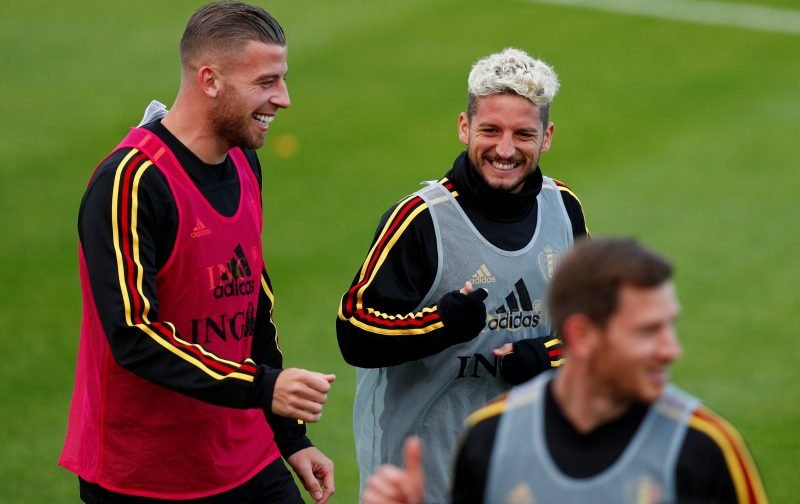 Toby Alderweireld may well have struggled for Spurs this season, but he has performed well for Belgium in both international breaks.

In the last one, he scored a towering header in a 4-0 win over Scotland, and on Thursday, he scored his fifth international goal with a deflected strike from the edge of the area.

The goal came in a 9-0 demolition of whipping boys San Marino, and in the process, it has sealed Belgium’s place in Euro 2020.

They have become the first team to qualify for the competition next year – after a stunning group campaign where they have won every game scored 28 goals and only conceded one.

On Thursday, Alderweireld played on the right of a back three and was partnered by his club teammate Jan Vertonghen.

The two Belgians have not had the best of starts for Tottenham this season, but they have clearly put all of their club worries behind them in their international performances.

Of course, not too much can be taken from the fact they have beaten the likes of San Marino and Scotland, but they have still played a massive role in a defence that has only conceded one goal.

It would be good for Spurs if these two could rediscover their club form as for a while, they were one of the best defensive partnerships in the league, but it seems off the field issues have led to a decline in their pairing this season.

Certainly, Alderweireld is enjoying playing for his country, and it would be great for Tottenham if he can rediscover that joy playing for them.