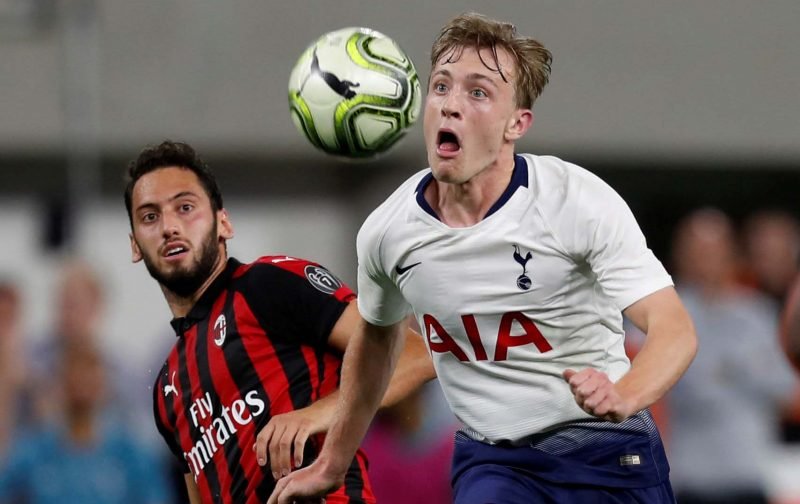 With Tottenham Hotspur Academy graduate Oliver Skipp saying all the right things in a recent interview with club media, plenty of fans are relishing the chance to see him earn greater game time in the coming 2019/20 campaign.

The impressive and highly rated 18-year-old caught the eye of plenty of fans during his 13 appearances across all competitions last season, but with only four starts to his name, as a bare minimum, you would think he’d be looking to double both of those figures if he can – whether that comes with us or a solid loan spell out is open for debate.

With the right mentality on show in terms of constantly seeking improvement in his game and looking to push on, manager Mauricio Pochettino did include him in the pre-season International Champions Cup tournament and along with a few other names like Jack Roles and Troy Parrott to name just two, plenty are looking forward to seeing him in action once more.

Reacting to his interview on social media, he certainly got the thumbs up.

Skipp and Parrot masterclass this season

Probably needs a premier league Loan but hope he gets serious minutes in Asia ????

Loan to Championship side mate