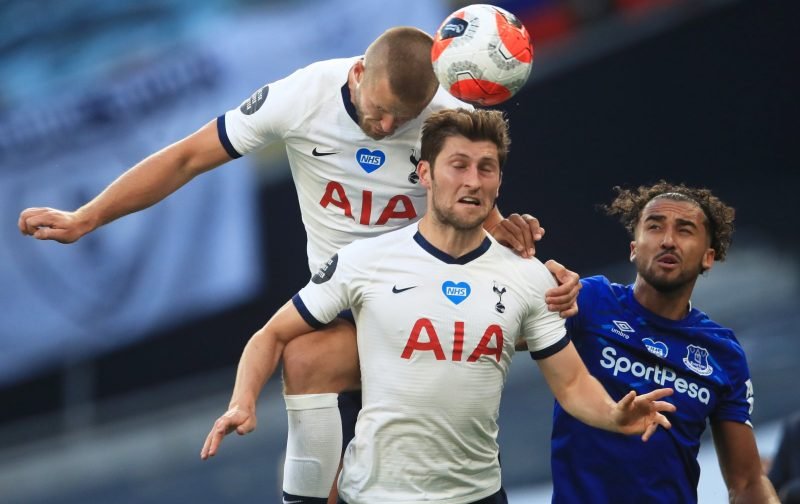 Speaking to Football Insider, ex-Tottenham favourite Alan Hutton has waxed lyrical over midfielder Eric Dier’s contribution this season after the makeshift centre-back signed a new deal which will keep him in north London until 2024.

Dier, who has started just 14 Premier League games this season, is seemingly rejuvenated under new manager Jose Mourinho after being shifted to centre-half – where he has successfully partnered the likes of Toby Alderweireld and Davinson Sanchez.

The Englishman’s solid run of form after the restart prompted chairman Daniel Levy and co to reward the 26-year-old with a new deal, and his market value has reportedly increased to £18 million as per Transfermarkt.

Spurs confirmed his contract three days ago via an official club post, with ex-player Hutton going on to laud the ‘absolutely perfect‘ colossus in response.

“He was one of those players where I didn’t quite know where his best position was, I do think, at centre-half watching him, he does need to play alongside someone with a bit of pace,” explained the Scotsman to Football Insider.

“From being that type of defensive midfielder moving back, he’s got the stature, the strength, he can pick a pass – he does tick all the boxes and Mourinho really likes him.

“He plays more often than not under Mourinho and he’s tied him down to a long-term deal. I’m sure that’s a big piece of the puzzle of the back four that he’s thinking: ‘Okay, that’s good going forward.’”

Whether or not we sign another defender to eventually succeed Jan Vertonghen remains to be seen, but Dier playing in that role could be a good temporary solution.