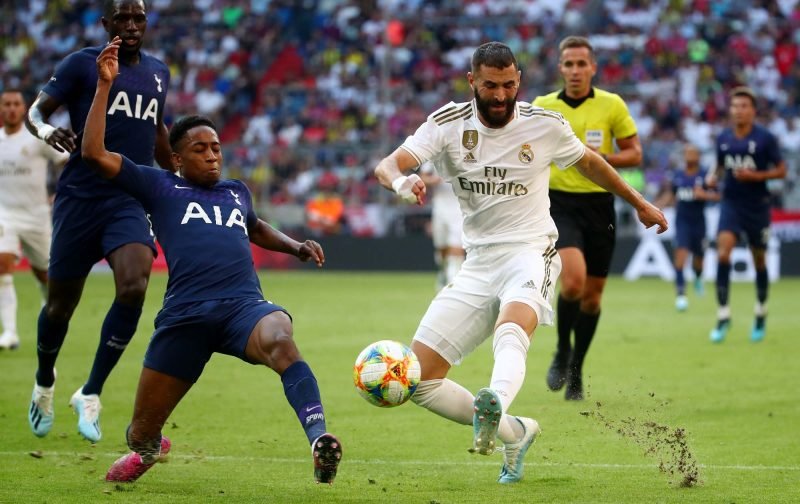 With ongoing right back speculation at Tottenham Hotspur this summer, Academy graduate Kyle Walker-Peters did himself no harm at all as we opened up the 2019/20 Premier League campaign with a late victory over newly promoted Aston Villa.

The 22-year-old put in a decent performance on the right side of defence, and according to statistics website Whoscored, they gave him a match rating of 7.41 putting him into fifth place when it came to our best performers.

One stat worth knowing was he had a whopping 105 touches across the game, the most of anyone and as well as his defensive duties, he also chipped in with a shot and one key pass as we took an eventual 3-1 victory at White Hart Lane.

Great way to kick off our @premierleague campaign! Also congratulations to Tanguy Ndombele on his debut & first goal ???????????? #COYS pic.twitter.com/EV1hUttjOf

The player himself took to social media following the win, and he obviously had praise for debutant Tanguy Ndombele, but plenty of fans were more than happy to shower him in praise given his own performance on the day.

MOTM by a country mile, full of confidence great defending and going forward. The RB spot is yours to lose, keep it up Kyle COYS

You were brilliant today kyle

Excellent performance mate. Big game ahead and I am sure you would do well.

Man of the match performance (until Harry stole it from you) from you today. ????

Well played Kyle, ‘Man of the Match’ first game of last season, and started 2019/20 with another super game and arguably again MOTM.

One of our best players defensively and looked very composed, also showing quality passing when on the ball and looking really good going forward.

You sir was class today. Keep your head, the sky is the limit, just ask Harry Kane ????

You were man of the match for me today.