With another poor performance from Tottenham Hotspur in the midweek Europa League clash with Royal Antwerp, this weekend sees us quickly back in action against Brighton and Hove Albion and with manager Jose Mourinho guaranteed to make changes once again, he will be demanding a far better showing against the Seagulls.

With a strong side selected we were on top from the first minute and after Harry Kane drew a foul in the box 13 minutes in, our England captain made no mistake from 12 yards to give us the 1-0 advantage.

Brighton did get more into the game after the goal, but we finished the half on top with more chances, so all eyes to the second half.

Okay, maybe our penalty was a little soft, but how the idiot in charge didn’t see that as a foul on Pierre-Emile Hojbjerg and ‘required’ VAR to tell him to not be a total muppet when they scored is utterly beyond me. And even then he got it wrong – had March got a touch on the ball – the ball would’ve moved in a different direction and it’s not like the idiot couldn’t have noticed in the 30 minutes he took and millions of replays he watched.

With every passing VAR decision, I’m more and more convinced the game has been hijacked by people who can’t play.

Justice was restored as substitute Gareth Bale stuck two fingers up to the ref three minutes after his introduction. 2-1, now just see it through.

And we did, but both sides had chances to get on the scoresheet again.

In some ways, we got away with one, but Brighton will think they deserved a point.

Onto the next one… 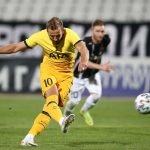 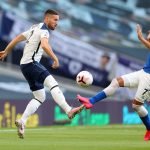 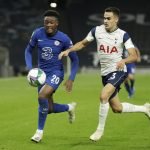 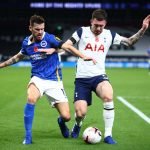