Mauricio Pochettino names which Tottenham player is ‘in his best season’ 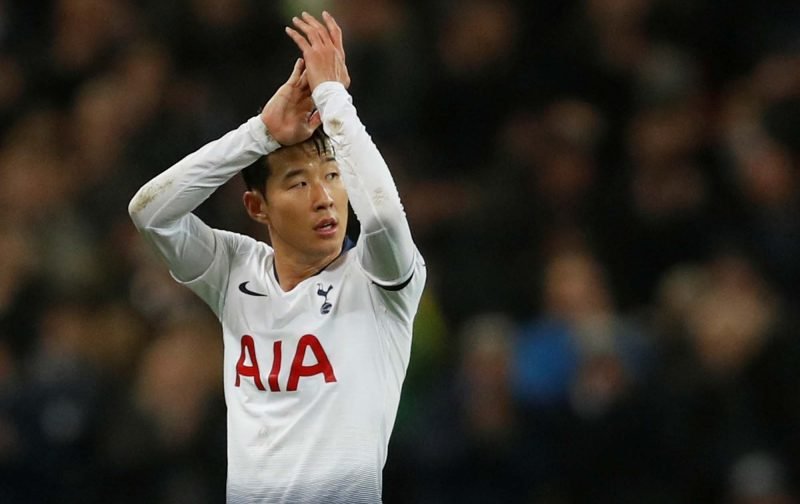 Mauricio Pochettino was full of praise for Heung-min Son after Tottenham’s 3-1 win over Southampton, suggesting the South Korean forward is “in his best season”. Son struggled for form and playing time at the start of the campaign due to the Asian Games causing him to miss three Premier League outings. He’d racked up only 27 minutes of top-flight football between August and mid-September but is finding his feet again now.

The 26-year-old, who scored 14 league goals in 2016/17 and 12 in 2017/18 only has two to his name after 10 games this season but is coming into form at the perfect time. Son has scored and created four goals in his last five league appearances and his manager couldn’t be happier. Pochettino said to Football.London: “I think he’s in his best this season. We are so happy with how he’s started to perform in the last few games after the international break.”

In the league, Son has been on the losing side just once since September and has had a hand in a goal in each of his last three league appearances – against Chelsea, Arsenal and Southampton on Wednesday. He signed a new five-year deal with the Londoners back in June and is vindicating Pochettino’s faith in him. Tottenham find themselves third in the Premier League, having leapfrogged Chelsea and Arsenal in midweek, and Son has played a big part in their recent success.