Mason: Kane is one of the most professional guys I’ve ever met 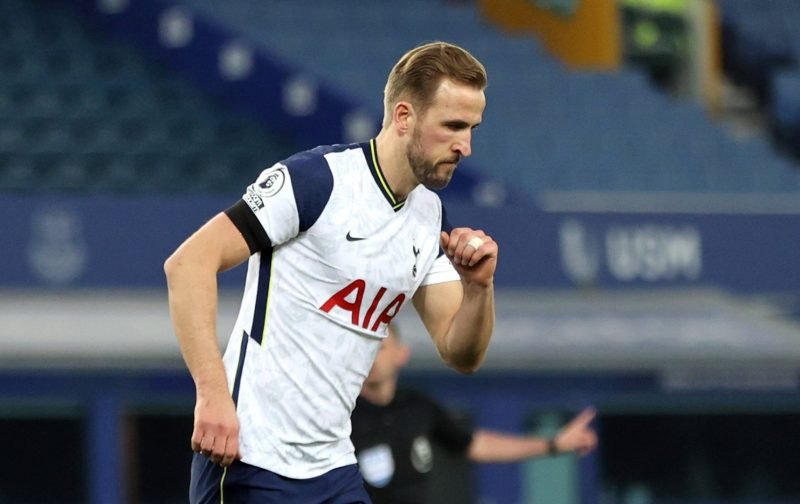 The week has dominated again by more Harry Kane transfer speculation, as the Spurs forward has once again come out and publicly stated he desires not just individual awards, but team awards too.

Earlier in the week, the England captain won the London Footballer of the Year award but admitted that it would have felt a lot better if the team had won trophies too.

Harry Kane is now the age Kyle Walker was when he left Spurs trophyless. He's won 4 league cups, an fa cup and should win his 3rd league title soon.

Kane has a huge decision to make.

Caretaker manager Ryan Mason was asked in his press conference whether or not Champions League football would be the determining factor for Kane’s future, but the former midfielder claimed he doesn’t think it will.

“I don’t believe so,” Mason said. “Harry Kane loves this club, that has been proven over the last seven or eight years. There’s always speculation about the best players in the world.

“Harry Kane is one of if not the best No.9 in the world and that talk has been there for a number of years now.

“In terms of managing the group, we don’t need to manage that. I’ve said it before that Harry Kane is one of the most professional guys I’ve ever seen or come across in my life.

“That’s the most important thing for players. That’s what they see, they see a leader in training every day who sets the tone, sets the example and when you’re one of the best players in the world acting like that you can only appreciate and applaud that kind of mentality.”

🗣 "I was surprised I'll be totally honest. I came in that morning and probably found out 5-10 mins before it was announced."

Harry Kane revealed the moment he found out that Jose Mourinho had been sacked by Tottenham pic.twitter.com/ju1pml2so1

Mason also reassured fans that Kane’s injury is well and truly past him and he was fit enough to play last Sunday, despite remaining an isolated figure the entire game.

“Harry was fine in terms of his injury,” continued Mason. “He was disappointed like all of us.

“It hurt as players, coaches, everyone associated with this football club. Sunday hurt.

“But Harry’s a top professional and the whole group are to be fair. They’ve trained hard, trained well and we’re ready for the weekend.”

Spurs take on Sheffield United on Sunday evening, and will wear special kits in support of the charity, ISF Cambodia.