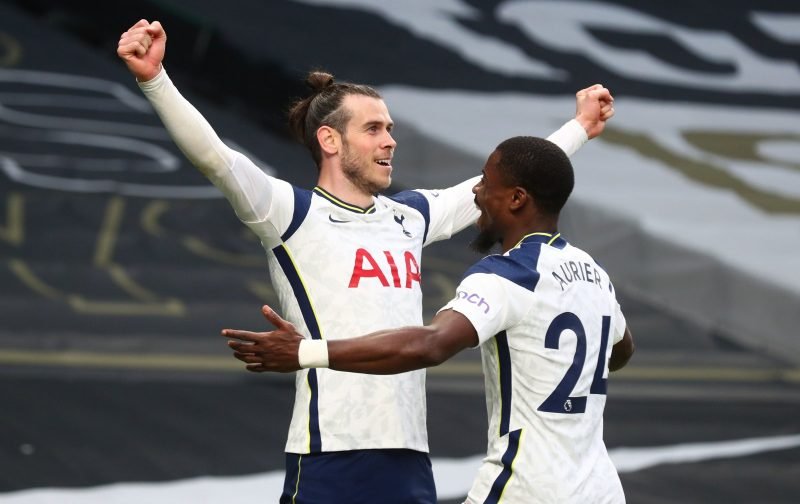 The pair have come under criticism throughout the season for different reasons, but Mason believes that the top performances from them are an indication that their form is about to take turns for the better.

“I thought he was outstanding. His goals were world class,” said Mason of Bale’s hat-trick.

Bale’s now scored more goals for Tottenham since 2012, then his replacement Erik Lamela.

“No one should have doubted that ability he has in the final third because he’s proved over a number of years that he’s one of the best in those moments.

“I was very pleased with him tonight because I thought his performance was excellent as well. He showed real commitment and he fought for the team and the moments he produced were outstanding.

“I think that is a conversation at the end of the season between Gareth, the club and his parent club, our main focus and priority should be the next game.

“It sounds a cliché but it is true. I am glad he is happy, he should be because he has another match ball to add to the collection. It was an excellent performance as well.”

Gareth Bale has more goals at home for Spurs in 2021 than Liverpool have scored at Anfield in 2021.

Aurier has been subjected to criticism from the press and fans in recent months due to his attitude on and off the pitch, as well as his ability, but Mason was full of praise for the player who was fasting during the game too for Ramadan.

“I think the most important thing when you’re a defender is to defend and he did that tonight with the rest of the defence.

“Serge is fasting as well so I think it makes that performance even more impressive because he hasn’t been able to eat all day so put in a 90 minutes like that is outstanding.”

#TOTSHU
Stopping the match in order to break the fast of the player Aurier 👏🏻👏🏻🎥pic.twitter.com/kZJznOrpGE

The result puts the club just five points away from Chelsea, and with the Blues still to play Real Madrid, Man City, Leicester twice, Arsenal and Aston Villa, the race for Champions League qualification could be back on.