‘Love this’: Lots of Tottenham fans were saying the same thing about ‘real professional’ after seeing video 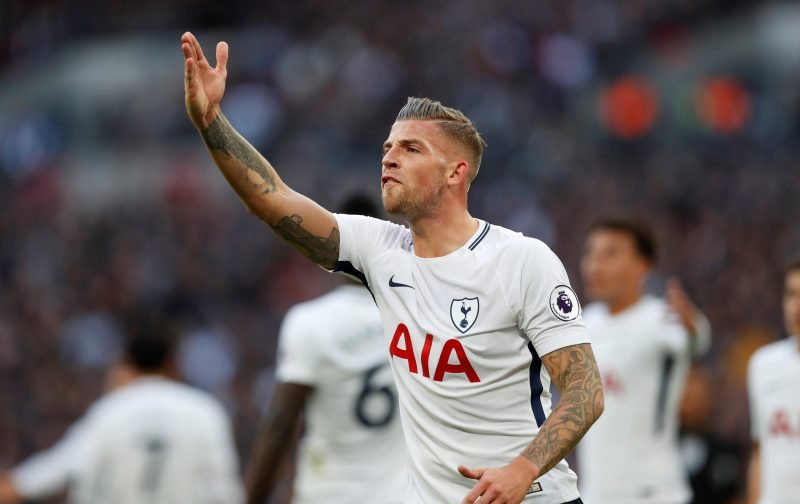 Tottenham Hotspur fans have been reacting to a video posted on Twitter showing Toby Alderweireld back in training and have all been sharing the same opinion.

Tottenham Hotspur centre-back Toby Alderweireld already back in training with earlier than requested as he prepares for the new season with Spurs. ????????????

The centre-back appears to have come back to pre-season training earlier than expected and is shown in the video to be working hard ahead of the upcoming campaign.

There is already plenty of doubt about whether he will still be with us by the time the transfer window slams shut as he reportedly has that pesky £25million release clause in his contract. The likes of Manchester United and even arch-rivals Arsenal have been linked with a move for the enforcer this summer because of his current contract situation.

Alderweireld did hint last month that he saw his future at the club ahead of the upcoming season, with Ricky Sacks quoting what he said to the press regarding his situation.

“I still have a contract – so I’ll be there. After a few weeks of vacation, I’ll have the freshness and the desire to start the season again at Tottenham,” he said.

And, perhaps, he was telling the truth as he is obviously showing the desire to get back at it as soon as possible, which has left fans delighted, although they have all been saying the same thing.

Almost every Tottenham supporter that reacted to the video of the 30-year-old working out was telling the club to get him to sign a new contract as soon as possible, despite claims from Italy (via Sport Witness) suggesting he could be offered in exchange for AS Roma’s Nicolo Zaniolo.

Love this. Given his situation he could easily mail it in and do the minimum yet he does extra instead. No matter where he goes next he’ll always be Spurs to me.

Let’s sign this man 2 year deal with a 3rd year option. Will give us depth to compete in all those competitions that we have this season.

Let’s sign him and Jan to 2-3 year deals for £160k/week and solidify our defense while Dao and Foyth mature!!!

Give Toby and Jan 180k contracts for 2 years each. They are worth it. One of the best partnerships in world football. You can’t buy that!

This is the kind player of you keep around at all costs.