‘I would cry’, ‘Cant wait’ – Lots of Spurs fans react to club working on deal for 14-cap talent 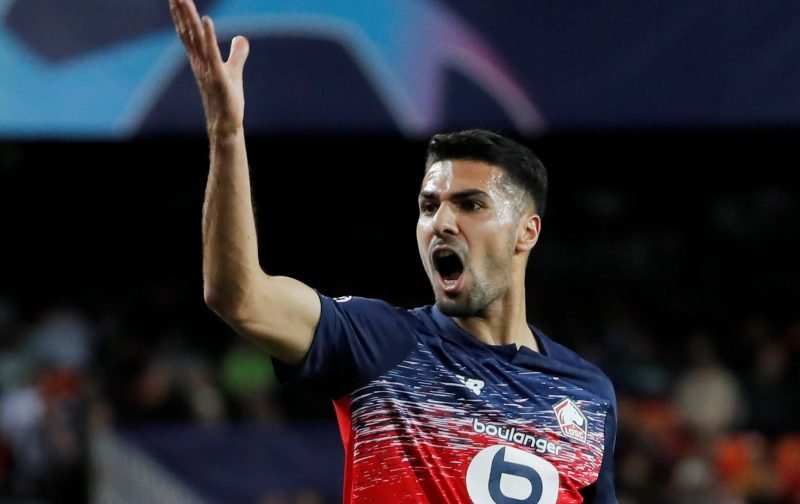 Lots of Tottenham Hotspur supporters have been reacting on social media to reports that the north London side are working on a deal to sign LOSC Lille full-back Zeki Celik.

According to The Times, Spurs boss Jose Mourinho has identified Celik as one of his preferred summer recruits as the Portuguese tactician believes the Turkey international can help him to build a more balanced squad.

Celik has spent the past two seasons with Lille, where he is noted as demonstrating himself as being ‘powerful in defensive duels’ and ‘a good provider of crosses’.

A deal for the 14-cap right-back is expected to be achievable for €20million (£17.9m), though Tottenham Chairman Daniel Levy faces competition from Everton after the Toffees stepped up their interest by holding formal talks with Celik’s Ligue 1 side.

It is thus far unclear to what resolution those talks resulted, though comes as the second player for Everton to try and snatch following Tottenham’s cut-price efforts to sign Southampton midfielder Pierre-Emile Hojbjerg.

Celik started all 23 of his Ligue 1 appearances during the shortened 2019/20 campaign, in which the 23-year-old helped keep 11 clean sheets through an average of 2.3 tackles, 1.1 interceptions, 1.4 clearances, 3.4 ground duels won and 1.0 aerial duels won per game, according to Sofa Score.

Many Tottenham fans reacting on social media to their side’s interest in a move for Celik have shared messages hoping to see Levy seal a deal and beat Everton to the former Istanbulspor defender’s signature.

CELIK OMG I WOULD CRY https://t.co/4IyCxRD3ZT

hope this is true

Not all Tottenham supporters are hopeful of seeing Celik line up in north London next term, as some believe the Turkey international represents an underwhelming arrival.

Signing Celik is also expected to see Serge Aurier allowed to leave Spurs amid interest from AC Milan, who consider the Ivory Coast international to be worth around €15m (£13.4m).

2 assists in 23 games this season… this summer is just massively underwhelming https://t.co/jC3AOYVAx1

Celik’s age and stature at 5 ft 10 has also left some Spurs supporters uneasy, as they question if the Lille defender is ready to be Mourinho’s first-choice in the Premier League.

Sell aurier and buy castagne and aarons..castagne can play both RB and LB win win

For our RB position, we need to sign someone that is much more experienced e. g Castagne from Atlanta, so that he can really help and strengthen our defence for the upcoming season https://t.co/jBxUzvgk5o

I thought José didn’t want Aarons because he’s only 5’10? Celik is the same height…