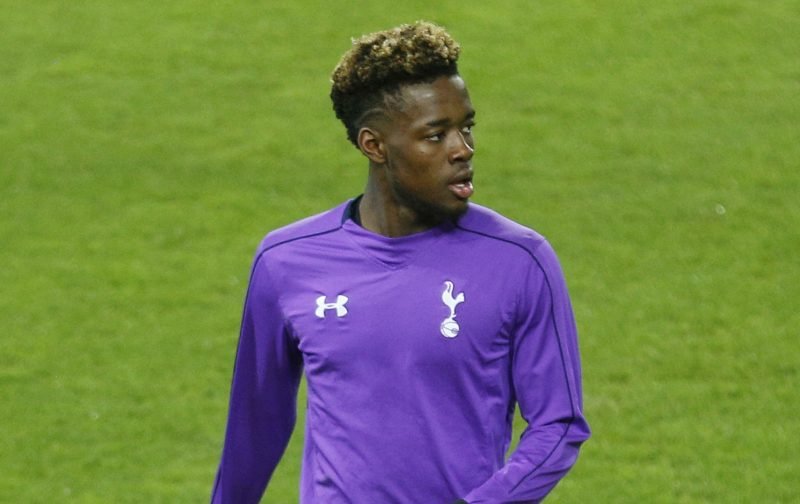 Fulham midfielder Josh Onomah has spoken about his deadline day move to Cottagers from Tottenham.

The former Spurs playmaker was involved in a deal on the final day of the transfer window that saw Ryan Sessegnon head to the north London side and Onomah move the other way on a permanent deal, and the 22-year-old has spoken about the move for the first time.

Speaking to Fulham’s official website, Onomah said: “It was weird leaving Tottenham. I’ve been with them since I was eight, Tottenham has been my whole life, so it has been strange, but when one door closes another one opens.

“All I’m feeling now is excitement about the new challenge here, and hopefully I can settle in quickly.”

Onomah has been part of the Tottenham first-team squad since the age of 17, however, the midfielder has often found himself in the U-23 side in Premier League 2 or out on loan at the likes of Aston Villa and Sheffield Wednesday

The England youth international also spoke out about how hectic the deal was to experience, with Onomah being a vital figure piece in a two-way transfer in the final days of the transfer window.

The midfielder said: “It was a stressful couple of days, what with me not being definitely sure if it was going to happen or not,” Onomah told fulhamfc.com. “But to finally get here, meet the players, meet the staff, is amazing and I just can’t wait to get started.

“When there’s two deals relying on each other it makes things a little more complicated. You hope for the best and that it all goes to plan, and thankfully it did. I wish Sess (Sessegnon) the best as well. I know him, I know he’s going to settle in quickly and do well, and I wish all the best for him.”