How Spurs could line-up under Antonio Conte next season 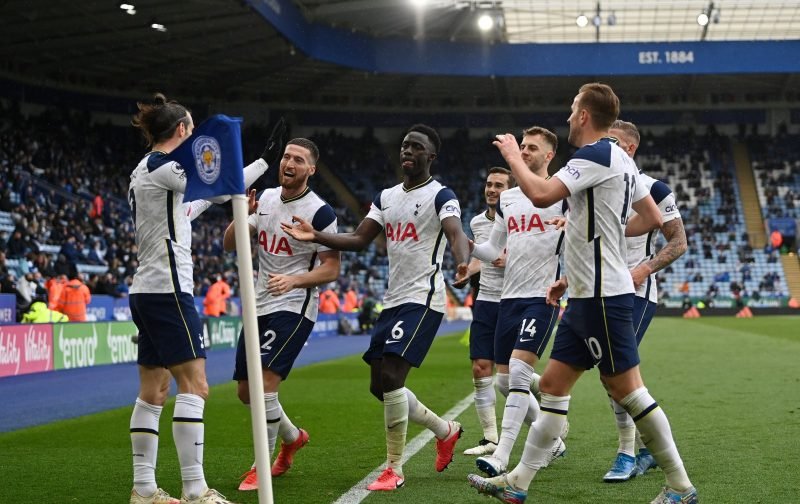 The question on every Spurs fan’s lips right now is who will be named the new manager of the club, and will they be appointed before the Euros?

Will they be able to keep ahold of Kane? Only time will tell, but as more high-profile names are linked with the managerial vacancy including former manager Mauricio Pochettino, optimism is beginning to return to Spurs fans.

Another name that has been heavily linked is former Chelsea manager Antonio Conte, who has just left Inter Milan after guiding them to a Serie A title for the first time in a decade. This is how we think the starting eleven will look like for the first game of next season:

🗣”I’ve no doubt that the mistakes we made as individuals this season costed us the chance.”#THFC #COYS #LEITOTpic.twitter.com/7gyG57wz4v

We fully expect Lloris to remain at the club for at least another year and remain captain as he still is a solid keeper with incredible reactions.

Alderweireld has been linked with a move back to his homeland of Belgium ahead of next season, but as one of the only defenders at the club that can use both feet, he would slot in nicely at the left centre-back position.

While Eric Dier would be more suited to the central defender role in a back-three, it is quite possible that he will be sold in the transfer window, paving the way for Rodon who impressed at the end of this season.

He’s officially available… could it be that’s he’s the next Spurs manager? Inter also need to sell €80m worth of players so I’d love to see us sign Skriniar and Martinez https://t.co/wrerhvrp5y

Long time Spurs target Skriniar could finally join the club if he was interested in following former manager Conte to the club. Not only would he be available for not too much but he would also provide a lot more quality, balance and leadership for the defence.

Reguilon, like Doherty, is very suited to the wing-back role, and after impressing last season providing three assists in the Premier League but creating countless more chances, he will be a key player next season.

Doherty made his name as a very attack-minded right wing-back at Nuno Espirito Santo’s Wolves team which greatly impressed last year. Conte would love a player like him in the side to swing in quality crosses and dominate that flank, which he did back at his old club not long ago at all.

A warrior in midfield is required in every tactic, and with Conte it is no different. Hojbjerg is one of the first names on the team sheet and it will remain that way next season.

If you didn't catch Ndombele's goal for Spurs 😍

Ndombele is a player Conte was desperate for over the course of last season, and it’s not hard to see why as he holds incredible dribbling skills and ability to create chances out of nothing, as well as chip in with a goal or an assist here and there.

Could Spurs bring back Eriksen if Conte takes the reigns? It is a transfer that makes sense, as Spurs have been lacking a prime creator in the side. With Inter’s financial situation, Spurs could reunite with their Danish magician, who reportedly wanted to return in January, on the cheap too.

An incredible partnership with Kane was forged last season between him and Korean superstar Son, who has had his best season ever in front of goal as he scored 17 goals in the league. Any manager in the world would be stupid not to start him next year for Spurs.

Irreplaceable. A third golden boot for Kane at the end of this season was accompanied by the top playmaker award, as he lead the charts for goals and assists. It would be a very dangerous move to sell him.