How did Pierre-Emile Hojbjerg fare on his Tottenham debut versus Everton? 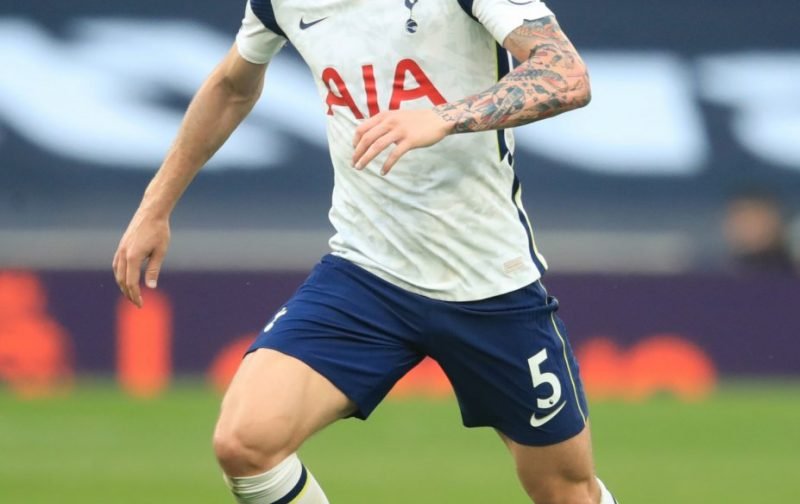 Tottenham got the new season off to a bad start with a 1-0 defeat to Everton, and two of our summer signings didn’t set the place alight. Matt Doherty had a below-par debut that led to criticism from supporters and Jose Mourinho, but he wasn’t the only one to underperform. Pierre-Emile Hojbjerg also had a bad afternoon and caught a lot of flak as a result.

Hojbjerg operated as a deep-lying midfielder against Everton and found it difficult to make a telling impact. He saw a lot of the ball and was accurate with his passing, but he gave away more fouls than any of his teammates, struggled to turnover possession, failed to drive with the ball from deep and didn’t create any chances.

As per WhoScored, the 25-year-old played a full 90 minutes, had 92 touches, won one aerial duel, completed 92.4% of his 79 passes, whipped in one cross that didn’t reach a teammate, made four tackles, attempted four long balls with 50% accuracy, gave away four fouls, made four clearances and picked up a booking for his trouble.

Everton’s Allan and Abdoulaye Doucoure turned in impressive performances to limit us to nine shots to their 15, five dribbles to their 18 and nine tackles to their 19. we were dispossessed 16 times to their seven too.

Supporters were unimpressed with Hojbjerg’s debut showing and didn’t mince their words on social media. It’s still early days for the midfielder, but he hasn’t made the best impression and could find his position up for grabs if things don’t improve.

Hojbjerg one of the worst debuts I’ve ever seen, up there with Doherty

Have to say Hojbjerg’s looked a right plodder so far..

Apparently Hojbjerg had a bad game today. Can see why Southampton let him go in the end. I feel they got the better deal in Kyle Walker-Peters.

Moussa Sissoko and Tanguy Ndombele were both introduced from the bench on Sunday and will be waiting in the wings if Hojbjerg is taken out of the spotlight. That being said, Jose Mourinho is likely to give his new signing enough time to find his feet.

There weren’t many players who came away with credit for Sunday’s performance, but it was disappointing to see Matt Doherty and Hojbjerg struggling on their respective debuts.

A lot of fans suggested Doherty wasn’t an upgrade on Serge Aurier, and Hojbjerg didn’t vindicate the decision to leave Sissoko and Ndombele on the bench.

Mourinho publicly criticised our players for a lack of fitness and effort after the 1-0 defeat too, so it’s worrying to see cracks forming so early into the new campaign.

In other news, here’s how Matt Doherty fared on his Tottenham debut versus Everton