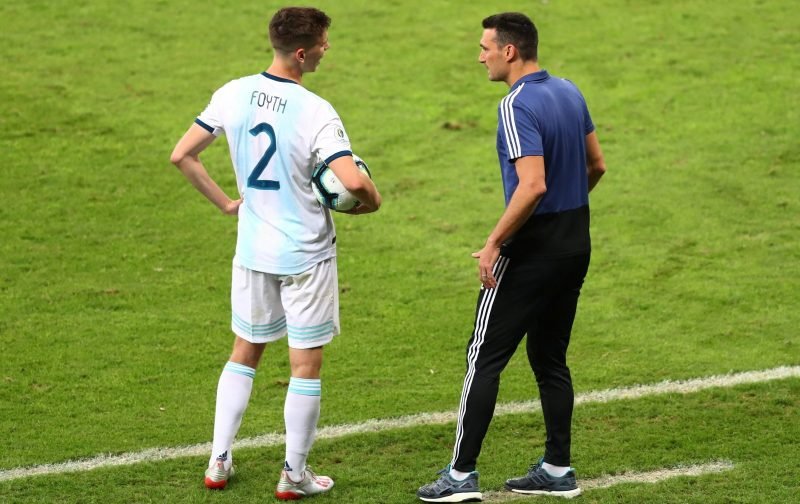 “Get him in the team” – A lot of Tottenham Hotspur fans are thrilled that Juan Foyth performed well for Argentina at right-back and also emerged unscathed.

Foyth played the full match for Argentina against a strong Germany side, and his performance impressed a lot of Spurs fans.

This was Foyth’s first competitive appearance of the season, and there were fears he would suffer another injury just like his teammate Giovani Lo Celso, but the 21-year-old came through the game unharmed.

Tottenham have struggled with finding a first-choice right-back this season and maybe Foyth is finally the solution Mauricio Pochettino has wanted all season.

Certainly, these Spurs fans think that he could play at right-back for Tottenham until January.

???????? @JuanMFoyth played the full 90 minutes for @Argentina as they drew 2-2 with Germany this evening. pic.twitter.com/93OeoVVttR

Until Atal comes in January obviously.

Get him in the team for Watford

He should start in our games as well

When this kid get steady minute at RB he’s gonna be a beast.

Many Spurs fans were pleased for Foyth, and they want him to start as Spurs’ right-back against Watford.

So he’s fit enough to play for Argentina but not us?

Other Tottenham supporters were confused how Foyth could start for Argentina but not Spurs.