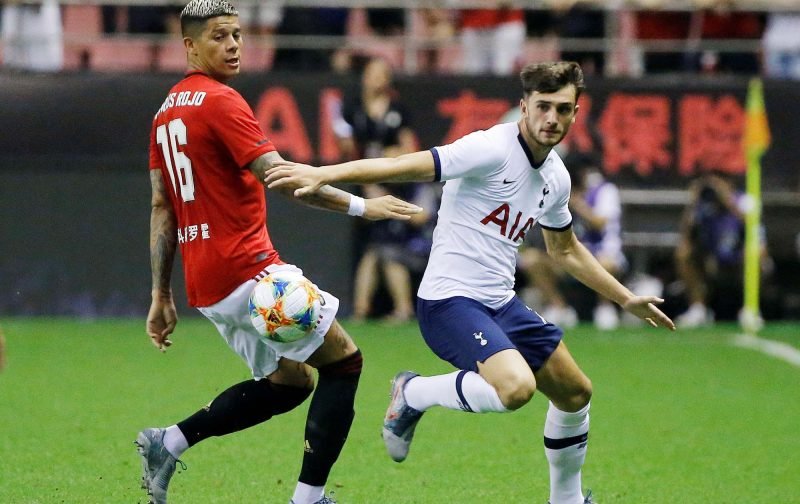 With Tottenham Hotspur being given an away trip to League Two side Colchester United in the third round of the 2019/20 EFL Cup, plenty of fans had a similar thought when it came to the opportunity it could present for highly rated young striker Troy Parrott.

With the 17-year-old featuring heavily for manager Mauricio Pochettino during our pre-season build-up campaign and seriously impressing fans with his performances against solid, experienced players and he continued that as we opened up our Premier League 2 campaign, with a sublime effort.

With plenty of fans hoping to see him get his senior bow sooner rather than later, the domestic Cup competitions have always been the more likely option for him to debut and get the chance to impress and although he did receive his first call up for the Republic of Ireland, he didn’t make the final cut and I believe now sits on the standby list.

Having been drawn against Colchester, whilst we need to be patient, I wouldn’t be surprised to see him in the travelling squad myself given his progress, and clearly I’m not alone.

Decent. An hour away, let’s go there, play Parrott, get the job done and go home no injuries. pic.twitter.com/mw8Q9jTrVr

@troyparrott9 has to start for this one. Easy pickings and great experience for him.

All the spurs fans here asking Poch to take it seriously but also give Parrott 90mins? The two don’t come together.

Troy Parrott hat-trick.
This competition is winnable. It would be nice to see us try to actually do that this year… #COYS