‘Happily get rid’, ‘Let him go’ – A lot of Tottenham fans keen to allow veteran to leave 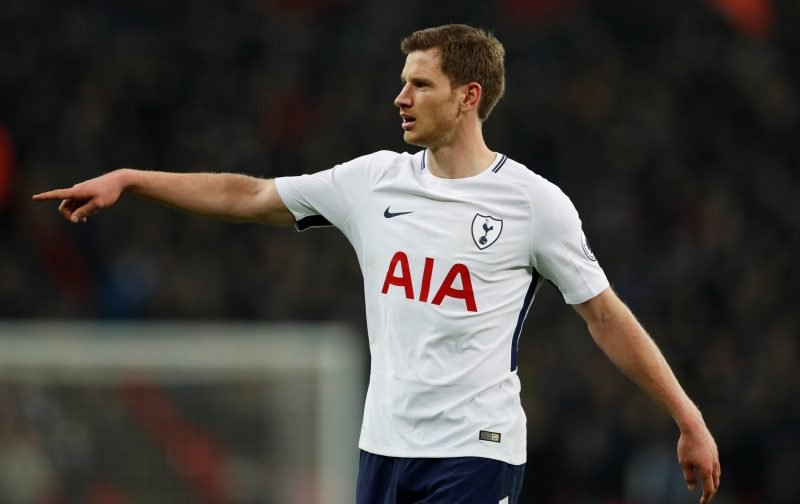 It’s common knowledge that Tottenham could be set to lose a fair few players when the end of the season comes around. Jan Vertonghen is certainly one of them, and whilst he’s set to leave for free in the summer, Fabrizio Romano has claimed that Spurs won’t let him leave in January.

#thfc have informed Inter Milan that Jan Vertonghen will not be sold in January. The Italian club are now planning to offer the defender a three-year contract in the summer. | @FabrizioRomano pic.twitter.com/t3lF2igfH8

The famous Italian journalist has written in The Guardian that Inter Milan are eyeing up a winter move for the Belgian Tottenham man, although he also claims that the Lilywhites won’t be prepared to let him leave during the January window despite the 32-year-old’s contract situation.

The reason behind Tottenham reportedly not being prepared to allow the Belgian to leave the club in the mid-season window is because they haven’t given up hope on tying down Vertonghen on another contract, but the fans aren’t best pleased and would rather see him shipped off.

You can read the Lilywhites’ thoughts on the Vertonghen latest here:

Seems to have lost a yard of pace, and he’s already 33.

Why? The dropoff from last season to this is staggering. Wouldn’t it be better to cut our losses and find another defender. I’d be sad to see Jan leave but if he isn’t going to be putting in 100% then let him go

Loved Jan for years but the blokes deterioration this season has been staggering, lost a yard of pace and keeps finding himself out of position. 33 now surely cut our loses now and get something for him!

Why? Get rid for some sort of money in January

The fans mostly seem keen to allow Vertonghen to leave as they fancy getting some money for him in January, even if it that doesn’t look like happening.