“Great News” – These Spurs Fans Delighted With Contract News…Now For… 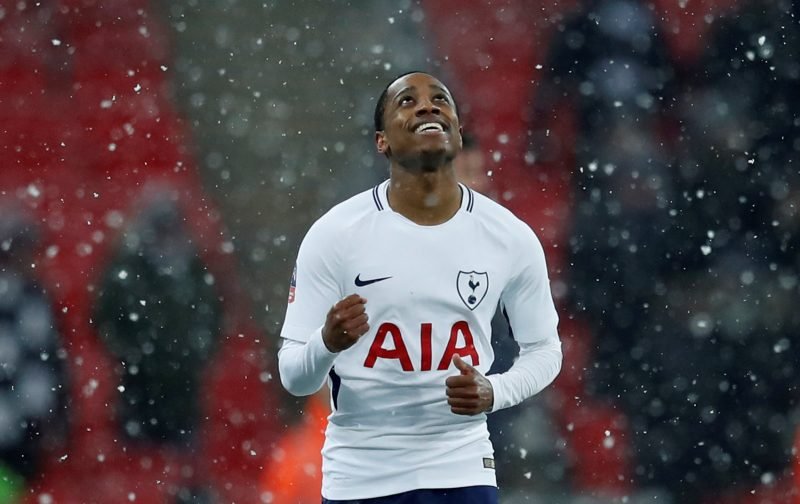 This afternoon Tottenham Hotspur have confirmed that youngster Kyle Walker-Peters had signed a contract extension at the club, keeping him with us until the summer of 2023.

The 21-year-old Academy graduate has made two appearances for manager Mauricio Pochettino in 2018/19, taking his club tally to a total of six starts and five substitute showings and his maiden senior goal came last season in 2017/18 in our FA Cup demolition of Rochdale.

Having already penned an extension back in May seeing him through until 2021, this is an additional two-year deal.

✍️ We are delighted to announce that @KyleLPeters has signed a new contract with the Club, which will run until 2023.

Having made his first Premier League appearance of the year as Serge Aurier’s replacement last Saturday as we defeated Leicester City, with doubts about Aurier and Kieran Trippier for Tuesday evening’s Champions League clash against Barcelona at the Nou Camp, Poch was quoted by Sky Sports as saying that he no concerns throwing him in if needs be.

“If they are not ready Kyle is going to play. He is a great player, younger, but he is going to give his best if we need to play with him.”

With KWP following in the footsteps of new deals for Harry Kane, Dele Alli, Harry Winks and Son Heung-Min in recent months, plenty of fans are naturally delighted with his deal but are hopeful more will follow.

GREAT NEWS BUT WHERE IS ERIKSEN, TOBY AND JANS CONTRACTS

Can he play some games then please.

Hope they’ve promised him some game time. He’s been criminally under utilised since he made his breakthrough last season

Everyone but Toby. Give toby what he deserves.