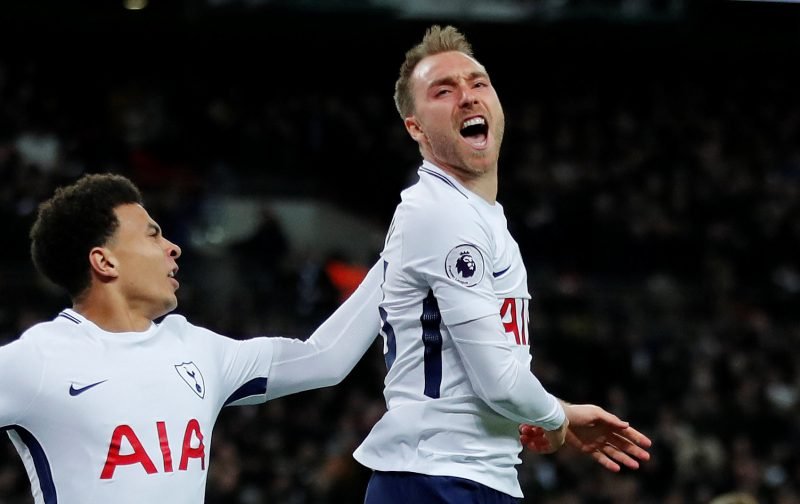 The transfer saga revolving around Tottenham Hotspur’s Christian Eriksen and Real Madrid continues to be a topic of discussion with rather conflicting reports, however, it seems the latest rumour has got an awful lot of fans fed up with the whole situation on Twitter.

Christian Eriksen's agent is set to travel to Madrid to hold talks with Real Madrid about a potential transfer for his client. The agent has reiterated to Daniel Levy that the Dane has no desire to sign a new #thfc contract. [Marca]

Fyens (via AS), recently reported that his family were looking at apartments in Madrid over the weekend, despite it being believed Zinedine Zidane did not think the Denmark international was right for his side (Marca).

However, a new report from Marca has suggested that Eriksen’s agent, Martin Schoots, will look to try and push a transfer through this summer and has told the Tottenham hierarchy that his client will not be signing a new deal with us.

Indeed, the news surrounding the playmaker’s future is incredibly frustrating as we would all like to know if he will be playing for us in the upcoming campaign, whilst any potential transfer must surely happen as soon as possible as it will allow us to have the funds to sign a potential replacement for him.

And, it would seem the fans are as equally fed up and frustrated with how everything is turning out at the moment.

Many of them took to Twitter following Hotspur Related’s tweet about the Marca report and vented their angry reactions to the news.

One simply stated ‘good riddance’ whilst others were getting bored of hearing the same story and felt ‘the sooner he’s gone the better’.

Bye then! Seriously bored of this one now

As much as I’ve loved having you around .. saying stuff like that it’s time to go Christian… don’t have enough to hang around with the other players for the ultimate success .. bench player at Madrid it is then let’s get £80 mill and move on

Cheerio then, no one is bigger than the club. We’ve lost great players before him and we’ll lose them after him

I’m glad he wants to go. Was pretty disappointing last season. Now we can get Lo Celso or Cebellos. Or even both!