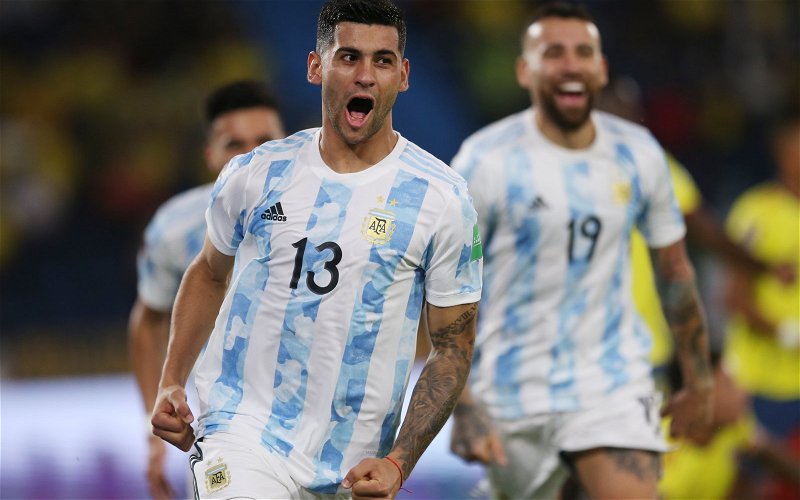 Last night reports in Italy had suggested that Atalanta defender Cristian Romero would not be interested in a move to Spurs immediately after completing a permanent deal to the Italian club from Juventus.

However, this morning reliable source Alasdair Gold confirmed that Romero is in fact intrigued by a potential transfer to Nuno Espirito Santo’s team, and a deal could yet be completed this Summer – as long as none of the world’s top teams are interested.

The latest on what is set to be a busy week of transfer activity at Tottenham Hotspur | @AlasdairGold https://t.co/imONj5cbve

It’s unlikely that Juventus would attempt to lure the Argentina international back to Turin after seeing him leave in the same transfer window, while many of the top clubs in Spain are currently in financial trouble – and no other Champions League clubs seriously interested in his signature.

Atalanta are believed to want around £47 million, but Fabio Paratici is working hard on a deal which could see Davinson Sanchez head in the opposite direction and just £25 million spent.

It wouldn’t be the first time the sporting director has worked on a swap deal, as Bryan Gil is expected to be announced as a new Spurs player in the coming days, with Erik Lamela set to head in the opposite direction in another smart piece of business as the club prepares to enter a new era and clear out the deadwood in place of younger, more exciting prospects.

Romero would be an exceptional signing, as he brings a level of composure and leadership currently absent in the entire Spurs backline, and his top-level concentration makes him one of the most dominant young defenders in the world currently – backed up by the fact he won Serie A Defender of the Year last season.

The departure of Sanchez would mark the end of a failed project which started so well as the Colombian settled in England quickly, but a couple of injuries and spells out of the team seemingly triggered a nervous characteristic about the defender, and he has lacked confidence throughout the last few seasons.

It’s most likely that Romero’s partner in defence next season would be Joe Rodon, with Toby Alderweireld and Eric Dier also on the transfer list and expected to be offered out to clubs across Europe, while Cameron Carter-Vickers could complete a £5 million move to Newcastle in the very near future.