Five Serie A stars Spurs should target this Summer 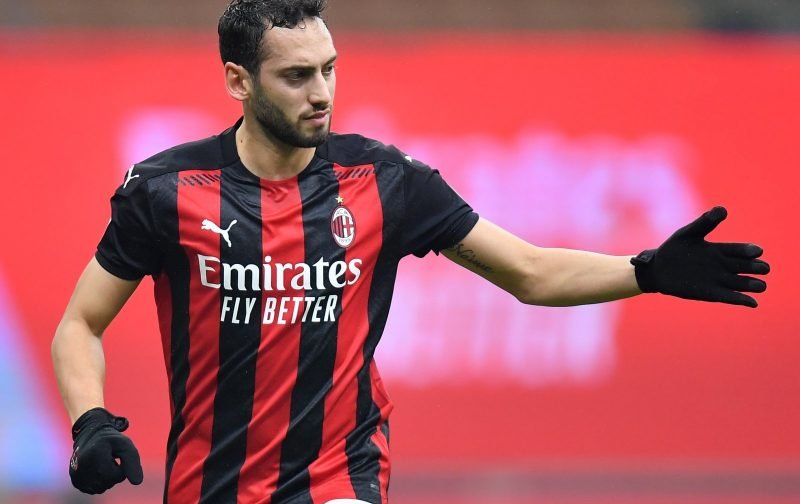 With the transfer window arriving soon and Spurs having had a season that has so far fell below expectation, additions to the squad are almost a certainly unless some drastic decisions are made by the Spurs hierarchy.

In this series, we profile five players from different leagues and nations that Spurs should target – but we only include realistic signings on this list so if you’re expecting us to push a campaign to sign Cristiano Ronaldo, you will definitely be disappointed.

Last week, we profiled five players from the Bundesliga – you can read that here, but this week we are focusing on the Italian top flight.

This one is a no-brainer, as Spurs are already linked with the Slovakian defender who has had a superb season after being out-of-favour last year at the current Serie A league-leaders Inter, and they have been linked with him since the start of the season.

The 26-year-old has scored five times for club and country this season in 40 appearances, including a game-winner against Atalanta last month, but it’s not just his goals that are game-winning, but it’s his defensive work that wins games often for his team too with his superb concentration and tackling in high-pressure situations.

At just a reported £25 million price tag, signing Skriniar would be a bargain for sure and he most definitely would be a hit at Spurs – fingers crossed Daniel Levy gets it done.

Wilfried Singo is a fantastic player.

He will end up in a top club within 1-2 years. No doubt about that. pic.twitter.com/X9m30zKfvB

In his first season in Serie A with just 19 years old, Wilfried Singo is showing many characteristics that can turn him into a world class player in a near future: Huge physical strength, good pace, nice defensive behavior, can do all the right corridor by himself and “has goal”. pic.twitter.com/prrNacV4Eu

Torino right-back Singo is a 20-year-old sensation who has burst onto the scene this season, impressing with his ability on defence and his contributions on attack, scoring once and setting up two goals in just 16 Serie A starts.

Liverpool have already been reportedly desperate to sign the Ivorian with Trent Alexander-Arnold not performing particularly well this season, but it’s unlikely they will replace him and it’s also unlikely Singo will be keen to play as a back-up.

It’s likely Torino will demand a fee of around £25 million for the defender who can also play further up the field, and with Serge Aurier and Matt Doherty most likely up for sale after their dismal seasons, Singo would come to Spurs and most likely play regular first team football, so this is a realistic signing that we think Daniel Levy should be looking to complete.

The second Ivorian to be born in this millennium is Sassuolo wonderkid Traore, who has been a sensation this season as well playing down the middle as an attacking midfielder or on either wing, scoring five goals in 15 starts while on-loan from Empoli – although that loan deal will become a permanent one at the end of the season.

Traore has had a similar transformation to the one Dele Alli had when he first joined Spurs from MK Dons, becoming more of an attacking midfielder rather than just a central midfielder, but his versatility makes him a very appealing option and a good replacement for someone like Erik Lamela who could be on the way out.

The youngster, who is a brilliant dribbler of the ball and has brilliant composure in front of goal as demonstrated last week against league leaders Inter, is valued at around £13 million by Transfermarkt, but it’s likely he would cost around double that, especially as he is due to join Sassuolo permanently this summer.

Hakan Çalhanoğlu; one of the Bundesliga's greatest-ever free-kick takers 🙌

This 45-yard stunner against Dortmund in 2014 was outrageous 😳

📺 The Bundesliga returns live to BT Sport from Saturday 16th May pic.twitter.com/Rtd75YI0hV

Turkish midfield magician Calhanoglu could be the perfect replacement for Christian Eriksen, who he plays in a very similar way to and shares plenty of qualities with – but on top of that, he will cost absolutely nothing but this weekly wages as his contract expires at AC Milan at the end of the season along with goalkeeper Gianluigi Donnarumma.

Arsenal and Chelsea are reportedly very keen, but a move to the Blues seems very unlikely given their huge amount of attacking midfielders on their books already, and we are now are a far more appealing side than our rivals, bias aside.

The former Hamburg star is a superb free-kick taker and has mind-blowing long-shots in his locker, but more recently the assisting side of his game has come under the spotlight more, as he already has eight in the Serie A this season for Milan – so if Spurs don’t have faith in Giovani Lo Celso being the replacement for Eriksen, Calhanoglu is definitely the man.

#thfc target Paulo Dybala is expected to leave Juventus this summer. The forward has been negotiating a new contract for nearly two years but has failed to reach an agreement. [Fabrizio Romano]

The second player on this list to be heavily linked with a move is also the final player on this list – Juventus superstar Dybala, who we came so close to signing in the summer transfer window before the 2019/20 season – but issues surrounding his image rights were a big factor in the deal breaking down.

Thankfully, those issues surrounding his image rights have now disappeared, and if the club goes back in for him, not only will he be available for just under £40 million, he will take the club to the next level.

The Argentine forward is on the transfer list at Juve after failing to forge the partnership with Cristiano Ronaldo that was expected, and he has scored just four goals this season in ten starts, but at Spurs it’s a near certainty that he would be one of the first names on the team sheet, and the forward would be accommodated anywhere along the front line with Heung-min Son and Harry Kane.