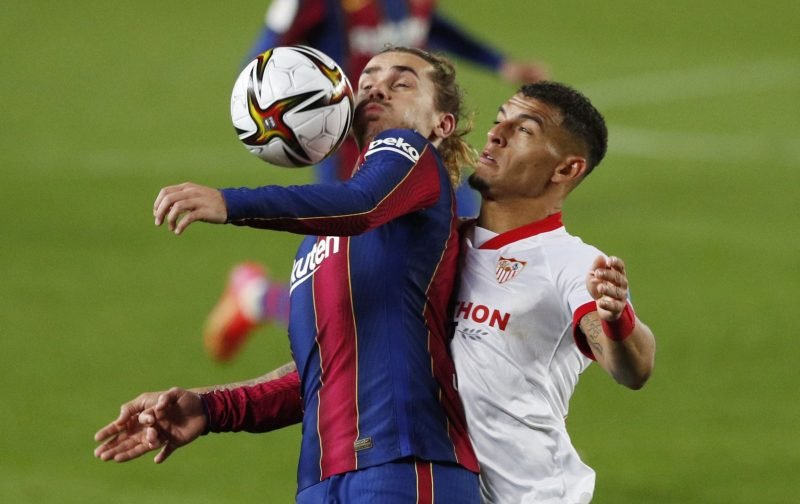 In this series, we profile five players from different leagues and nations that Spurs should target – but we only include realistic signings on this list so if you’re expecting us to push a campaign to sign Lionel Messi, you will definitely be disappointed.

Last time, we profiled five players from the Italian Serie A – you can read that here, but this week we are focusing on the Spanish top flight.

Borja Iglesias meets Emerson's cross in stride and guides it into the far corner with a fantastic header 🟢⚪ pic.twitter.com/MttwpjMnkF

Brazilian right-back Emerson has been the subject of interest from Spurs already as well as the likes of Paris Saint Germain, Arsenal and Barcelona, who already partially own him.

However, it’s likely that the Catalonian club may only be wanting to completely purchase the player so they can sell him on for a higher fee than what they paid, and so he could yet still be playing in North London next season.

After starting 29 La Liga games for Real Betis this season, the defender has scored once and set up four goals too in an impressive season where he has demonstrated superb defensive abilities as well as exceptional athleticism and a good-eye for a cross. Emerson is our top pick for the right-back position at Spurs and we believe a priority in the summer should be him brought to the club.

Sevilla centre-back Diego Carlos has been a revelation in Spain since arriving from Ligue 1 club FC Nantes for around £13 million, and now the La Liga club could be set to make a whopping profit on him should they be able to sell him for £60 million like they are after.

However, Spurs, who are in fact interested in the Brazilian defender, are only willing to pay a maximum of £45 million for him, and even then that might be a stretch too far.

But after featuring in 29 games for Sevilla this season in the league, he has formed a formidable partnership with Jules Kounde at the back and has been a major help to them mounting a title challenge against both of the big Madrid clubs and Barcelona. He would be a huge hit at Spurs.

Iago Aspas goes close at one end, but Madrid go straight down the other end to take the lead! 😱

Real Madrid midfielder Lucas Vasquez is a low-risk signing given that he has shown his ability throughout his career at the Spanish giants, winning trophies and gaining experience in the process, and luckily for Spurs or other potential suitors, he will be available on a free transfer.

He has already been linked heavily with the club this year, and providing whoever the new manager will be does not oppose to the signing, we could well be seeing the Spaniard in a Spurs shirt very soon.

After playing 17 times this season as a right-back for one of the world’s biggest clubs, it could also be a possibility that he comes in as a replacement for either Serge Aurier or Matt Doherty, with that position being arguably the weakest in the entire squad.

He’ll join the club over the summer 🔵🔴

An interesting target could be 22-year-old Brazilian midfielder Matheus Fernandes, who had high hopes on his shoulders since moving to the Catalan giants from Palmeiras last year in a deal worth €7 million.

However, after featuring in just three games for Real Valladolid while on-loan and just 17 minutes for the Barcelona first team, he looks set to leave after falling way out of favour at the club, and Spurs could get him in on the cheap should they require the central midfield area of the squad to be bolstered at a small cost.

Fernandes played 68 times for Botafogo before joining Palmeiras, and he made a lasting impression in Brazil thanks to his tough-tackling and clever dribbling. He is another low-risk signing and he could be a player that revitalises his career at the club providing backup in the midfield area.

Munir El Haddadi with a sensational volley for Sevilla!

When you catch it perfectly on the laces 👌 pic.twitter.com/oZRSJnZ0EE

Moroccan forward Munir has been on Spurs’ watchlist for a number of years, with the club previously looking to loan him when he was just a teenager from Barcelona, to more recently when he was transfer-listed at the La Liga powerhouses.

Now at 25-years-old, his career has stagnated and gone backwards, and he finds himself far down the pecking order with the club most likely looking to remove him from their wage bill.

After scoring just six goals this season for club and country, Munir could be looking for a fresh start, and thanks to his versatility, the natural striker would be a perfect backup option for Spurs for when Heung-min Son or Harry Kane needs resting.