Five fringe players who could benefit from Conte’s appointment 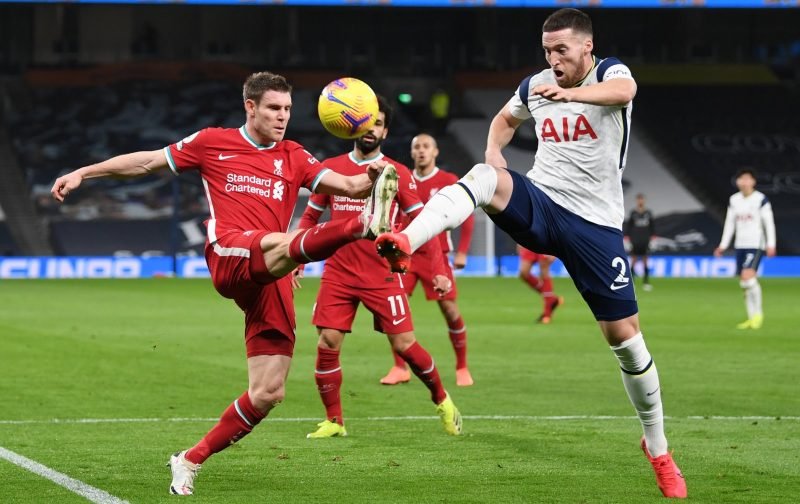 Fabio Paratici will give #thfc his final answer on joining the club early next week. [Sky Italia]

This is incredible news for the club, as many of us fans felt pretty pessimistic going into this all important summer which could potentially make or break us, and the team are in desperate need of a clear-out and rebuild if there is any chance of returning to the top four and beyond.

With Conte in charge, things now may start looking up again, as the club finally will have a coach in charge with modern ideas that have been backed up by recent successes, and while it’s unlikely Spurs will emulate Inter Milan’s title win in Italy last season, trophies are definitely a possibility with a successful, innovative coach like the Italian.

#thfc talks with Antonio Conte are progressing well. A key topic in the talks has been Harry Kane's future. [ESPN]

Due to his unique style of play and formation that he deploys, there are also a number of players currently on the fringes of the squad who could be about to take on more important roles in the squad, and we have selected five of them who we think could benefit from the appointment of Conte if he does take over.

Irish right-back Doherty has failed to live up to expectations this season, despite making the UEFA Europa League Team of the Season. However, the appointment of Conte could revive his career at Spurs, as the former Wolves man made his name at the Midlands club under Nuno Espirito Santo as a brilliant wing-back who was a valuable asset on the attacking end, playing in a similar three centre-back formation as the one that Italian coach Conte deploys. Next season, he could find himself back into the fold and under Conte, he could make that position his own.

Another new signing who hasn’t featured too much since joining the club, but one that has made significantly more progress is Welsh centre-back Rodon, who has impressed Spurs fans with his performances whenever called upon. He has all the makings of a solid defender who would slot in nicely into the middle of the three-man defence under Conte, with his superb ability to win aerial battles, make clearances and play out from the back with both feet. Next season, expect him to double the amount of appearances he made last year and maybe play even more than that as well.

Villarreal loanee Foyth is wanted by Unai Emery for next season, and the Spanish club have the option to pay £13 million and bring him to the club permanently, but the Argentine defender could be tempted to stay if he is promised a more important role in the squad – which is very possible with Conte being appointed. The defender can play as a full-back or as a centre-back and possesses brilliant athleticism, passing ability and composure on the ball, as well as being able to make important interceptions and tackles whilst under pressure. A cheaper option for the club should they choose to use the transfer funds elsewhere.

Ryan Sessegnon is the one to watch in that formation

Sessegnon is another player who spent last season on-loan abroad, but after returning from Hoffenheim, it is possible that he will be given a chance to compete with Sergio Reguilon for the left-wing back role, and on paper, he may be a little more suited to it with his superior skills in the final third. One thing the Spanish defender has on the former Fulham man is defensive ability and good crossing, but the Englishman has shown before where ever he has been that he can pop up with a goal as well – where as we are yet to see that from Reguilon and in Conte’s system, he might just like Sessegnon as a left-wing back a little more if he continues to develop.

One player that may shine in Conte’s system is Dele Alli, as the Italian manager likes creativity from his midfielders and also gives them the freedom to roam in front of the defensive midfielder and find pockets of space, like Marco Barella or Christian Eriksen have done over the last year. If there is one thing that the former MK Dons man loves doing more than anything apart from scoring and assisting, it is popping up in those little pockets of space which the average player doesn’t have the positional awareness to find, and having someone like Dele is a luxury most teams don’t have – so we could see him be trusted by Conte next season next to Tanguy Ndombele in the midfield.