Fernando Llorente gives an update on his Tottenham future 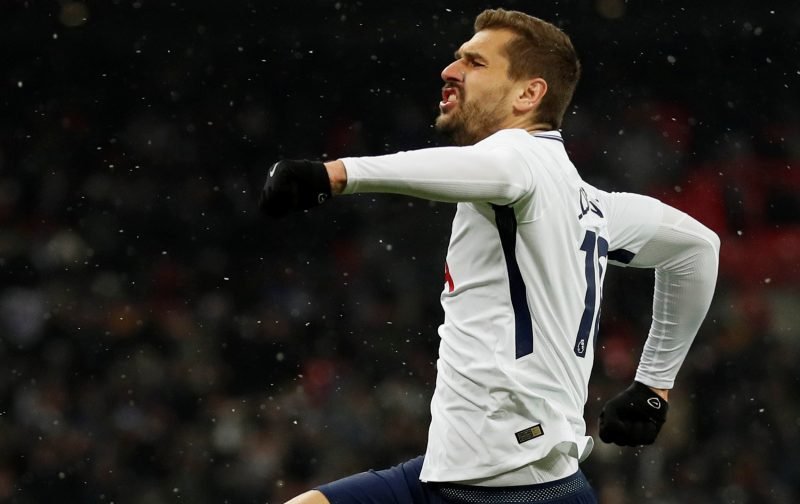 Fernando Llorente admitted he doesn’t know what the future holds for him at Tottenham this summer. The 34-year-old is out of contract in the coming weeks and may not be retained as he’s only providing backup to Harry Kane.

That’s not to say Llorente hasn’t been a useful squad player, however, with the Spanish international contributing 11 goals in seven starts in all competitions – averaging a goal or assist every 70 minutes.

Tottenham paid £12m to sign Llorente from Swansea City in 2017 and he’s gone on to make 57 appearances, scoring and creating 17 goals. The target man has made the majority of his appearances from the bench and may not be worth paying £3.9m-a-year.

When asked about his Tottenham future, Llorente told Cadena Ser: “Tranquillity. We’ll see, I’m not worried. I am focused on this final stretch of the season, an opportunity to make history. Everything is going well.” He’s previously stated his desire to stay, but Spurs haven’t offered an extension.

Llorente has featured in 13 of Tottenham’s last 16 Premier League games after spending the first-half of the season on the periphery and has played in five of Spurs’ nine Champions League outings – Llorente came off the bench against Manchester City in midweek too.

Pochettino has shown a lot of faith in the Spaniard, but whether that will extend to Llorente being retained for another 12 months remains to be seen.