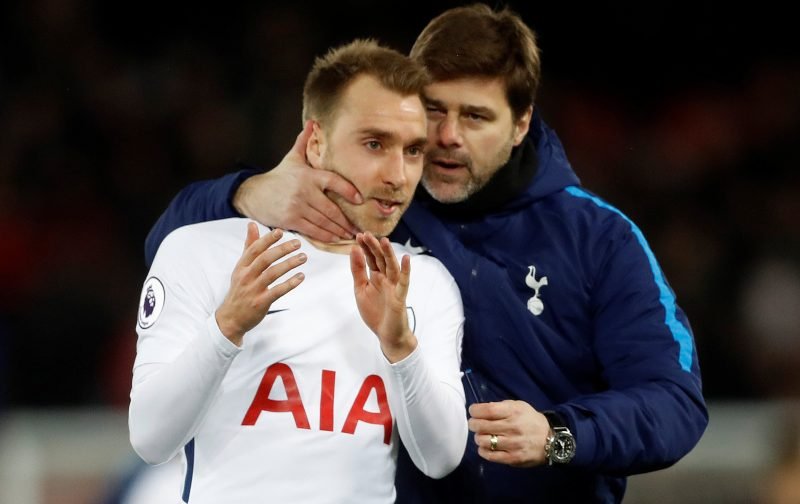 Tottenham have four first-team players who will be out-of-contract in 2020 – Jan Vertonghen, Toby Alderweireld, Christian Eriksen, Vincent Janssen. Vertonghen is the one player expected to see out the next 12 months at Spurs.

Alderweireld still has a £25m release clause and doesn’t look likely to sign a new deal, Eriksen has openly said he wants a new challenge away from Tottenham and Janssen is surplus to requirements after falling down the pecking order.

Mauricio Pochettino will have to cash in on the three players rather than risk losing them for nothing next year, but there aren’t a lot of suitors showing interest.

Eriksen wants a move to Real Madrid, but the Spaniards have spent more than £270m on six players and are unlikely to meet the Danish international’s £130m asking price while Isco is still at the club.

Janssen made only three appearances last season and hasn’t scored a Premier League goal for Tottenham since April 15, 2017. The 25-year-old set Spurs back £17m in 2016 and has netted only six goals in 42 games. Clubs may be reticent to pay so much for Janssen as a result.