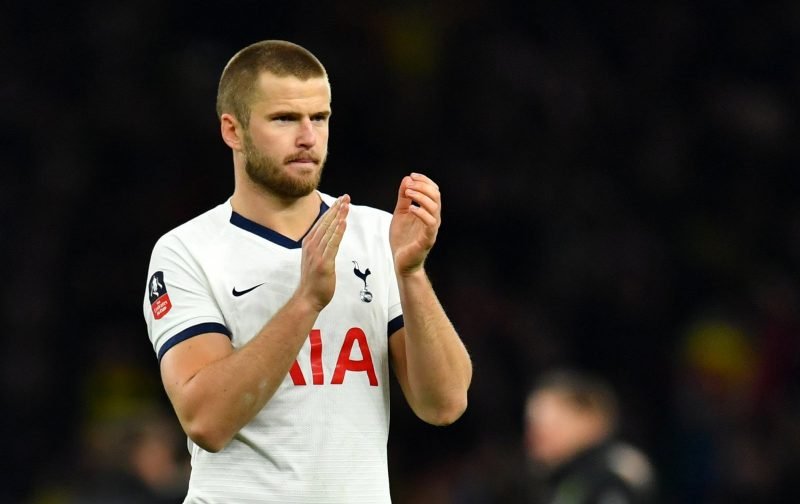 Eric Dier could miss Tottenham’s meeting with West Ham United over the weekend after picking up a minor hamstring injury.

Sky Sports say he suffered the knock in England’s 2-1 win over Belgium on Sunday and was left out of the Three Lions’ 1-0 defeat to Denmark on Wednesday.

Football.London say it was a precautionary measure to leave out Dier against Denmark, but he may face a race to be fit in time ahead of Sunday’s game with only three days to recover.

What did Dier do?

Dier played a full 90 minutes against Belgium, but he picked up a muscle problem after the game that resulted in Gareth Southgate replacing him with Conor Coady for the Denmark clash. Toby Alderweireld will be on standby to partner Davinson Sanchez on Sunday if Dier can’t.

The Belgian international has sat on the bench in our last three league games but has featured in our previous two Europa League games and EFL Cup clash.

Japhet Tanganga has been sidelined with a thigh injury and has yet to make a Premier League appearance this season, so we may not have any cover at centre-back against the Hammers. Joe Rodon could be signed from Swansea City before Friday evening, but it remains to be seen if he’ll be registered in time to feature on Sunday.

We boast the third-best defensive record in the Premier League this season thanks to Dier and Sanchez (4 games, 5 goals conceded). Only Aston Villa (2) and West Ham (4) have conceded fewer goals ahead of gameweek five.

How have Dier’s performances been?

Hit and miss. Dier looks more convincing in defence than he ever did in midfield, but he’s not polished.

The England international has played every minute of every league game this season, completing 90.4% of his 272 passes, winning 11/24 aerial duels (45.8%), losing possession only twice, blocking two shots, making 21 clearances, giving away only two fouls, making four interceptions and being dribbled past only twice.

West Ham have averaged two goals a game in the league this season, so our defence could be kept busy.

In other news, here’s why Tottenham missed out on Milan Skriniar. Daniel Levy and Christian Eriksen were involved