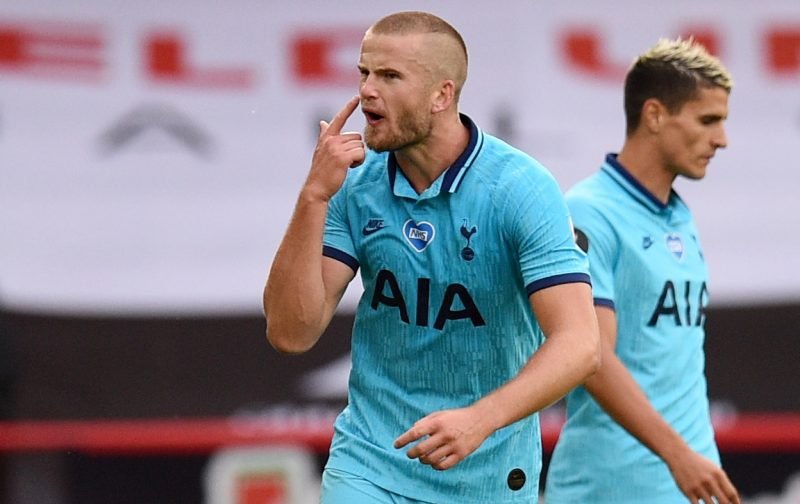 Tottenham Hotspur have secured a new deal for midfielder Eric Dier following Daniel Levy’s contract offer, with the Englishman putting pen-to-paper on a new four-year contract which will keep him at the club under Jose Mourinho until 2024.

Announcing the news on Tuesday, Spurs have now tied down the England international who has impressed at centre-back alongside the likes of Davinson Sanchez and Toby Alderweireld – which is certainly cause for celebration given recent reports he could have been sold in the summer.

Indeed, the 26-year-old was linked with a move away according to the Daily Mail, with Tottenham previously having the stance that he would have been sold off over the next few months if he didn’t commit his future in north London.

Now, with Levy and co having tied down the 6ft 2 colossus with a bumper contract, Lilywhites can look forward to a future Spurs side including Dier – who has so far made 239 appearances for the club in all competitions since signing from Sporting Lisbon in 2014.

Having signed for a meagre £4 million, you could suggest Dier has been a bargain acquisition given his years of service for the club – whilst also going on to register 40 international caps for England.

Now valued at around £18 million by Transfermarkt, Dier’s price has more than quadrupled since his early days at the club, with former Lilywhites midfielder Jermaine Jenas claiming the player is ‘immense’.

Still only 26-years-old, Dier may have plenty to offer Mourinho in years to come as we aim to re-qualify for the Champions League.