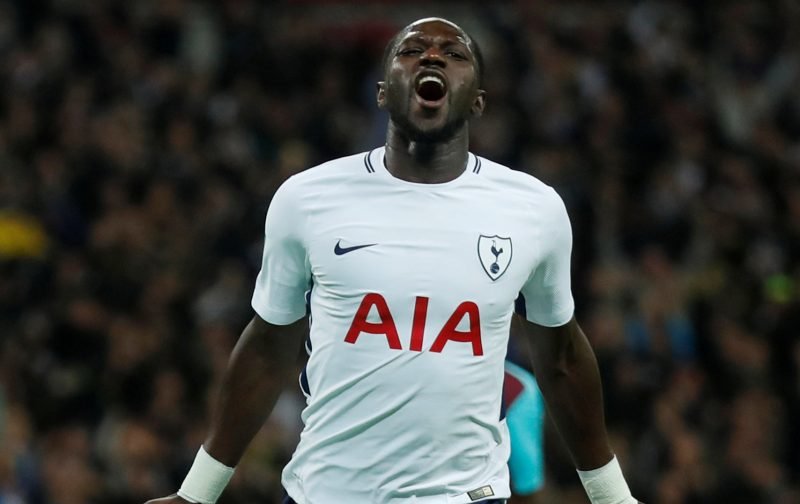 Moussa Sissoko’s £30million arrival at Tottenham Hotspur from Newcastle United back in August 2016 looked for a long time like it was going to be a rare, but horrible piece of transfer business from manager Mauricio Pochettino, but as we all know, the midfielder seriously won Spurs fans over in 2018/19.

With injuries hitting hard and the form of usually reliable players seeming to fall off a cliff at points, the 29-year-old French international was a revelation in the middle of the park across his 43 appearances and arguably the impact he had in the game against Ajax probably sums up the season as we kept Champions League hopes alive.

With plenty of fans and pundits singing his praises for his efforts, he was also the choice of many for Player of the Year and now BBC pundit and former player Noel Whelan has got in on the act, tipping him to ‘smash’ the 2019/20 campaign given how high his confidence must now be.

“I was amazed at how he changed. He was diabolical for two seasons and you think, ‘there’s no way he will stay at Tottenham’, but then he changed almost overnight into the team’s best player. You don’t see that very often at the elite level. No-one would have expected Sissoko to be the player of the season, and to turn into a world beater.”

Whelan went on to add.

“He obviously has a strong mentality and the character to show people what he can do. I don’t see any reason why he can’t smash it again next season and be the star man, even if they sign four or five top players, as seems possible. He is so powerful and difficult to knock off the ball, Pochettino will want him in his side.”

There will be few who disagree as we undoubtedly saw the best of him last year and he deserves every ounce of praise he got.