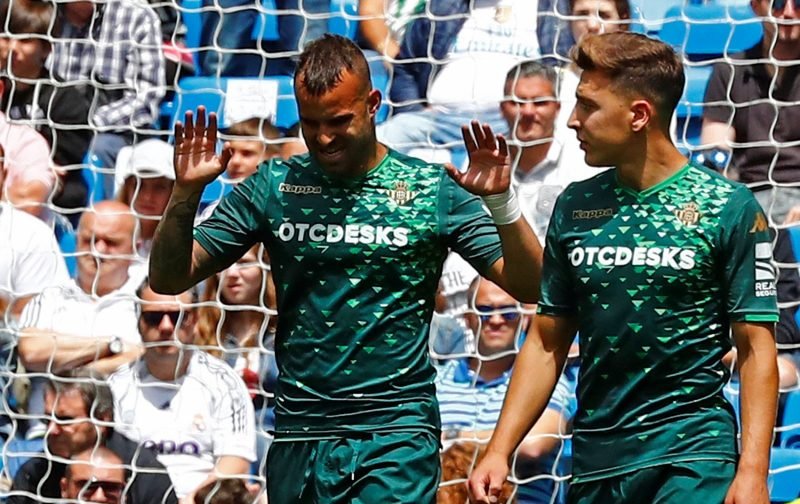 We’ve been over-reliant on Harry Kane and Heung-min Son for too long, so it’s about time we took active steps to sign another striker. Tottenham have been linked with Callum Wilson, Troy Deeney, Vedat Muriqi, Patrik Shick, Arkadiusz Milik, Robin Quaison, Rhian Brewster and Habib Diallo this summer, but it appears Real Betis’ centre-forward is the latest name on our radar.

According to Mundo Deportivo, Tottenham are interested in Loren Moron and may have to battle Sheffield United, Arsenal, Newcastle United, Napoli and West Ham United to procure his signature. The 26-year-old only signed a new deal with Betis in June, but the Liga side are willing to sell for the right price.

What would he bring to our squad?

The odd goal but not much else. Moron has scored 27 goals and made seven assists in 99 games for Betis since joining on a free transfer from Marbella in 2015. The Spaniard is coming off the back of his best league season, having scored 10 goals in 36 games, so he could take some of the burden off Kane and Son if signed. He doesn’t appear too dynamic or multi-faceted, however.

The 26-year-old works hard, but he’s not on the level of Kane or Son. Not by a long shot.

Moron’s market value with Transfermarkt is £14.4m while his CIES Football Observatory valuation is €15m-€20m (£13.5m-£18m). As per Estadio Deportivo, the Spaniard has a €50m release clause, but Mundo Deportivo say Betis could accept bids of around €20m.

Moron wouldn’t break the bank, so good news for Daniel Levy, but it remains to be seen if we go all out for him this summer. There are plenty other strikers on our wishlist who may be better options.

In other news, Tottenham are targeting a €20m midfielder with more interceptions than Eric Dier, Harry Winks, Moussa Sissoko and Tanguy Ndombele