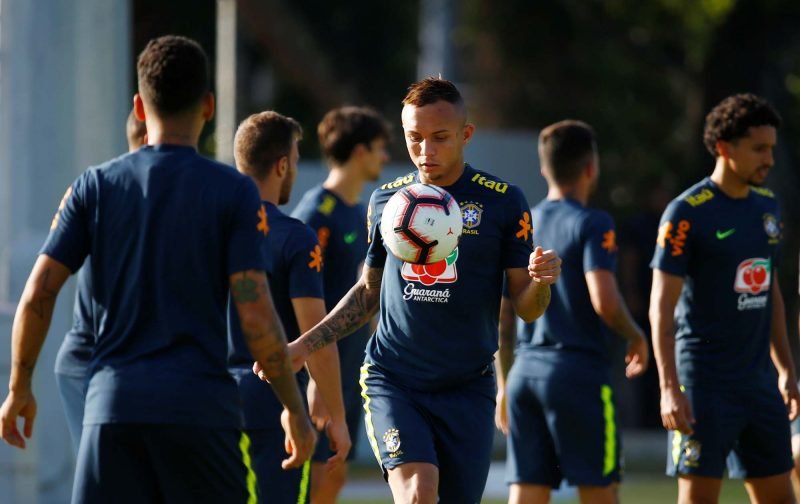 With plenty of debate about alternative striking options at Tottenham Hotspur given the understandable favouritism shown to Harry Kane given his goal scoring record, it’s now being reported that a recent scouting trip to Brazil has thrown up two potential options for manager Mauricio Pochettino.

Sky Sports have reported this week that we are now tracking Brazil and Gremio striker Everton Soares.

Chief Scout Steve Hitchen has apparently cast his eye over the 23-year-old during a recent scouting trip as he took in the Copa Libertadores semi-final first leg clash between Gremio and Flamengo and it seems he was impressed by what he saw.

It sounds like he can operate on both flanks as well as a second striker, so he would give alternative options, but the same report also states that fellow 23-year-old, Gabriel Barbosa (on loan from Inter Milan), impressed Hitchen with his showing for Flamengo, and his goalscoring record certainly seems to be good.

I can hardly say I know either of them, but it seems they’re struck the right chord with some fans.

This would be a class buy

I'm from Brazil and he's really talented. Would add some real quality.

YESSS I HAVE BEEN SAYING THIS, BUY HIM THIS IS THE FUTURE OF BRAZIL!

He’s Brazilian, so Poch won’t play him for some reason

Everton is a class player. Would be an EXCELLENT purchase by Tottenham. #THFC #COYS https://t.co/KCxSvHNvyE

HUGE if we can pull this off