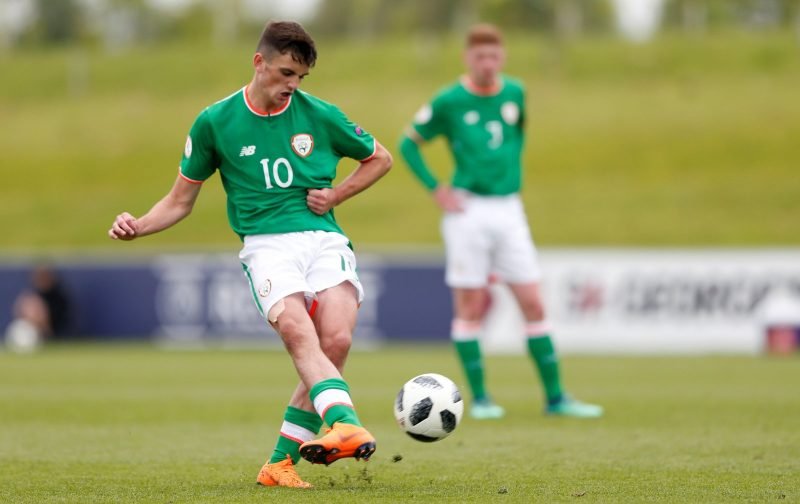 Mauricio Pochettino has made Tottenham a hub of development in recent years, with the Portuguese offering opportunities to numerous young players. That’s allowed the club to develop quickly thanks to the abundance of talent at the manager’s disposal, and you’d expect that to continue next season.

As with any year, there are plenty of players that, given time, could become the next big thing at Tottenham, and that’s certainly true of forward Troy Parrott. The lethal forward has been impressing during his time in the Spurs developmental system, and he’s got a bright future.

That future has been made even brighter thanks to the confirmation of his injury status. He was recently taken off on a stretcher, igniting fears that he could be facing a long-term layoff.

This week, though, he’s confirmed that he’s got no broken bones, which is obviously good news. The extent of his layoff is unclear, but you’d maybe expect him to be back before or around the start of next season – which is great for Spurs.

Very important win last night, the boys were excellent, thankfully the x-Ray went well and there’s no broken bones, thank you to everyone for the messages, I’ll be back soon  https://t.co/kshM1i76j1

Naturally, this has generated quite the reaction online, with lots of Spurs fans clearly delighted. See what they’ve had to say below…

Big relief Troy and delighted to hear! Big season next season for you mate. COYS!

Brilliant to hear mate. You’ll be back even stronger than ever!

Nice one Troy! Be in the 1st team competing with @hkane in no time

Great news Troy, gutted you couldn’t be involved tonight, hopefully we can get 4th sown up at the weekend and you can get your debut against Everton on the final day! COYS!