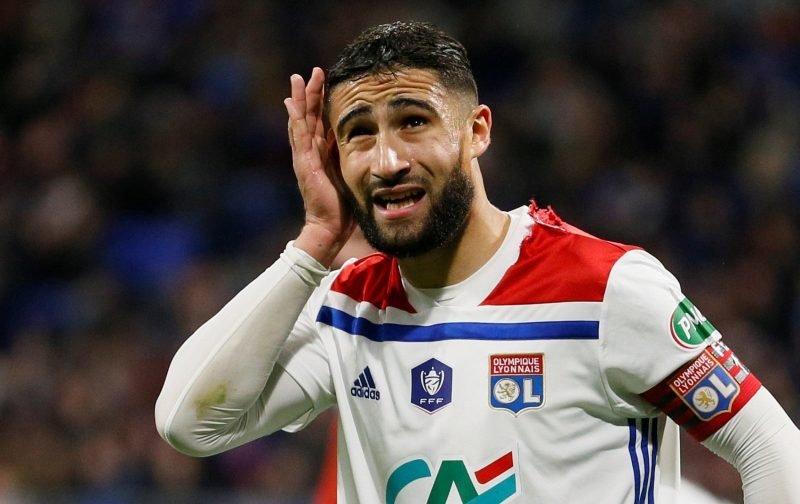 Tottenham Hotspur are being linked with Nabil Fekir once again this summer.

Last month, it was stated by Le Parisien (via Sport Witness) that we were keen on him and those suggestions do not appear to be getting any quieter.

According to a report by L’Equipe (via Sport Witness), Spurs are believed to be interested in the France international, especially if Christian Eriksen is to leave us in the coming months.

And, it would also seem as though we could get him on a bargain fee if we wanting to acquire him.

It is claimed the 25-year-old could be available for less than €50million (£44.4m) as he is set to enter the final year of his contract, which we would have to feel is a lot less than what we could potentially get for our wizard this summer.

It may not have been his best season in front of goal, but Fekir still bagged 12 goals and provided his Olympique de Lyonnais team-mates with nine assists in his 39 appearances across all competitions this year (Transfermarkt). Those figures would certainly go along way into filling any potential void Eriksen may leave if he departs.

If given the choice, surely we would love to keep our great Dane at the club for as long as possible, especially as he has managed to record a staggering 86 assists and 66 goals in his 277 appearances in his Tottenham career to date.

However, it does not seem as though we will have that choice to make with how things have been developing.

But, Fekir would be a player who could have the impact and the breath of fresh air we need to take us to the next level and finally get our hands on some silverware.

With the way Mauricio Pochettino gets the best out of talented players, perhaps, the World Cup winner would be able to take his own game to another level and help soften the blow regarding the Scandinavian’s likely departure.