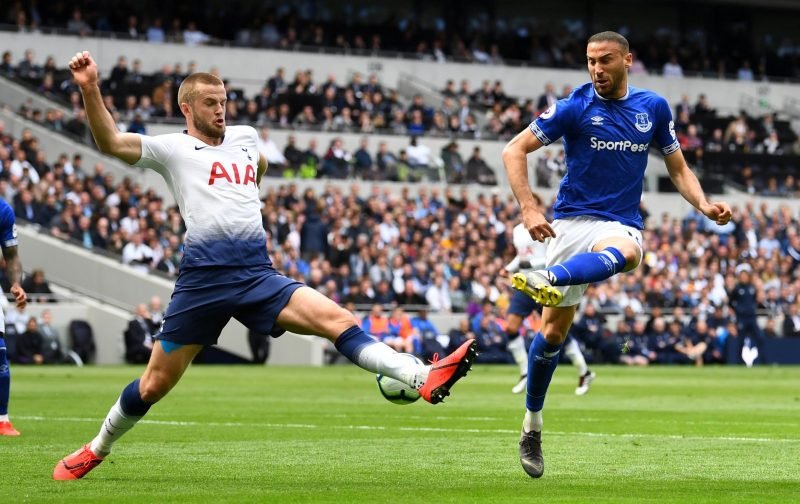 TEAMtalk have claimed Tottenham Hotspur’s Eric Dier has become a target of interest for Manchester United this summer; news that has delighted a number of Spurs fans on Twitter.

It is claimed that the Red Devils will look to the England international as it seems Olympique de Lyonnais ace Tanguy Ndombele would rather join us than them instead.

Tottenham are thought to have been in talks with the 22-year-old about a switch to north London, however, he is continuing to keep his options open whilst a price is yet to be agreed upon according to certain reports and we will need to increase our offer (London Evening Standard).

With United appearing out of the race for the France international, it would appear as though they have swapped their attention towards one of our own.

Should we be able to sign Ndombele this summer, then there would be every chance that Dier sees his place in the side under real threat and there would be every possibility that he would fall further down Mauricio Pochettino’s pecking order – which makes the interest from Manchester United make sense.

And, it would seem some Tottenham fans on Twitter would not be against the idea of letting their man leave should they sign their long-term target.

Lots of Spurs fans took to the social media site to state that they would not be disappointed to see Dier leave them in exchange for Ndombele, whilst others were quick to suggest it would be a ‘win-win’ for the club. Here are some of their reactions to the news…

They’re welcome to him.

They take Dier off us, we get Ndombele, that’s a W if I’ve ever seen one https://t.co/O46CDQcPdl

Eriksen rejected United, only for Ndombele to reject them too.

Eric Dier who is about as useful as eating soup with a fork – is wanted by Man Utd.

We really are becoming massive. https://t.co/03Sw5CHxzh

That’d be a win-win

I’m all for this