Airline reportedly in talks for naming rights of Spurs stadium 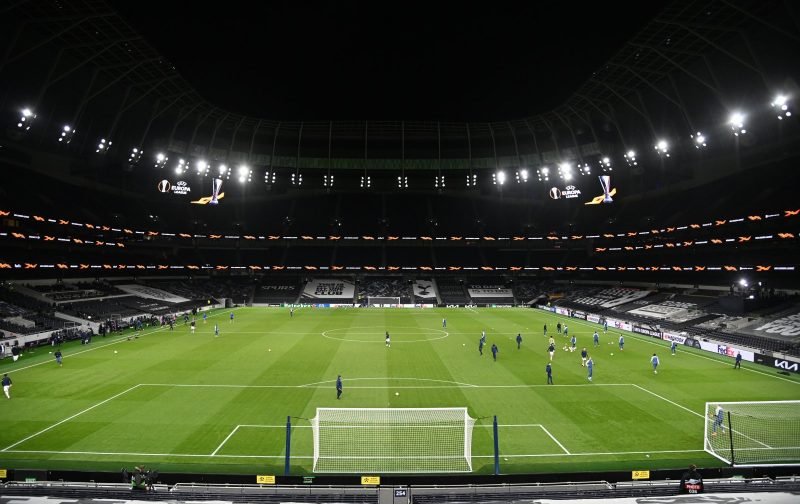 The new Tottenham Hotspur Stadium is truly a work of art and we all can’t wait to return there as soon as the pandemic eases off and everyone is vaccinated.

In the time since it has been built, the likes of Uber, Amazon, Nike and Disney have all been rumoured to secure naming rights for the stadium and Spurs are believed to want around £25 million a year over the course of ten years.

Due to COVID-19, its been difficult for companies, especially ones overseas, to come to North London and strike up a deal, while the club actually didn’t budget for the stadium taking into account the naming rights for it so a deal is not a top priority right now.

But because of the financial implications the pandemic and lockdowns have had, any sponsorship or branding deals will be welcomed with open arms by the club.

Not that, for one second, do I believe this, but250 would get us a couple of CBs a RB and possibly a playmaker as well, OR a couple of Strawberry Daquiris for Joe and Daniel.

Money talks, fans will still call it WHL. As long as we get some transfer funds I couldn’t care less

As Alasdair Gold has explained, Spurs recently appointed Todd Kline as Chief Commercial Officer, who was at the forefront of the monumental deal for the NFL side Miami Dolphins’ with Hard Rock five years ago, which was worth £180 million.

Today, Sunday Times best-selling author The Secret Footballer claimed that British Airways were in talks with Spurs over a £250 million deal for the naming rights of the stadium.

With the current situation regarding the pandemic, it seemed unlikely that an airline company would be splashing that kind of money right now, but British Airways are owned by another, richer group who could be looking to invest into Spurs.

The deal would be fantastic news, particularly for Jose Mourinho who would likely be given more money to play with or be allowed to suggest better reputation and higher value players for Daniel Levy to go ahead and sign.

The Etihad Stadium currently has the most valuable naming rights in world football at £15 million per season, with Atletico Madrid’s Wanda Metropolitano following a fair bit behind with an £8.4 million per annum deal.

If Spurs did get their targeted £25 million per year, or even £5 million less than that, it would be a huge success for Daniel Levy and the club after spending £1 billion on the new 62,000 seater stadium.