A Counterpoint On The Trippier Criticism Amid Sale Talk 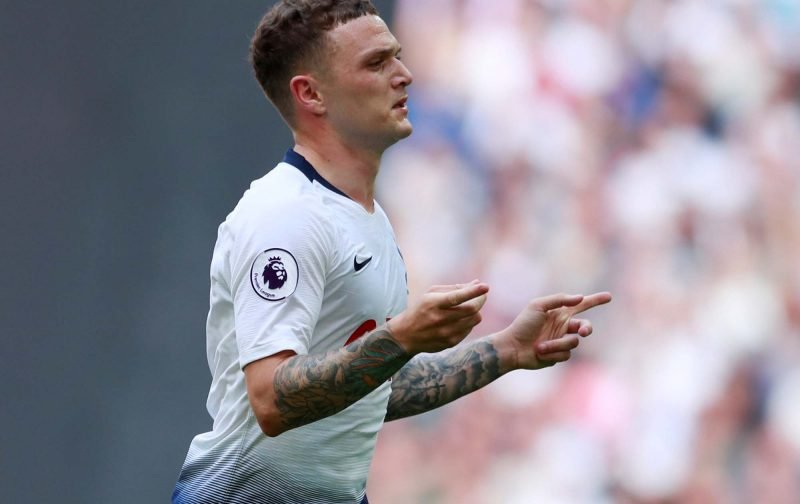 Few deny that Tottenham Hotspur and England right back Kieran Trippier has had a poor season based on his own self-set standards and the speculation linking him with a departure from the club this summer is rife – with Napoli heavily linked.

With plenty of criticism swirling around about the 28-year-old, he still rightly has his supporters and I thought these two comments deserved a wider audience given Twitter opinion pieces are naturally positive or negative depending on what angle strikes first as being interesting.

I find it a little sad that many present such a one-sided view about Spurs fans opinions on Trippier. I personally believe he has a great deal of quality, and certainly doesn’t make some of the howlers that we witnessed with Kyle Walker over the years.

Like all players, Trippier is prone to a mistake here and there, a dip in form and a misplaced pass on occasion, but likewise, he has put in some remarkable tackles, challenges and crosses as a player and generally works his socks off for the team be it Spurs or England.

Maybe he hasn’t had the best of seasons overall, but that doesn’t make him a bad player all of a sudden. And let’s face it, after being one of the World Cups shining stars, expectations to exceed that was always going to be a tall order.

I accept players will come and go, will be replaced by more promising talent as they age or wane, but whether that happens here remains to be seen. For me, Trippier is still a top player with much to offer and I wouldn’t be averse to him remaining a Tottenham player if I’m being 100% honest here.

If he does go I wish him all the very best because I genuinely think he deserves that whatever the detractors might say!

I can’t believe how many are willing to give up on Tripps and I bet everyone of you supporters were singing his name throughout the whole World Cup.

He was amazing and man of the match in most off Englands games. Tripps has just become complacent and he needs time and better competition to get back to himself. If you remember Danny Rose had two seasons to forget until Davies came in now look. Please don’t give up on Tripps because he will go on to be a top player. COYS

Report Claims Spurs Have Made A £10million Offer For Championship Starlet