It was another deeply frustrating and concerning Sunday for Tottenham Hotspur fans as we again huffed and puffed and had little to show for it in our trip to Goodison Park to face Everton.

Having taken the lead just after the hour mark through Dele Alli, Son Heung-Min’s sending off and the injury to Andre Gomes certainly changed the game, and Everton capitalised late on to secure a point – but few could argue really that either side had deserved all three points.

Statistics website Whoscored clearly weren’t that impressed with the game as only two players from each side received a seven plus score. 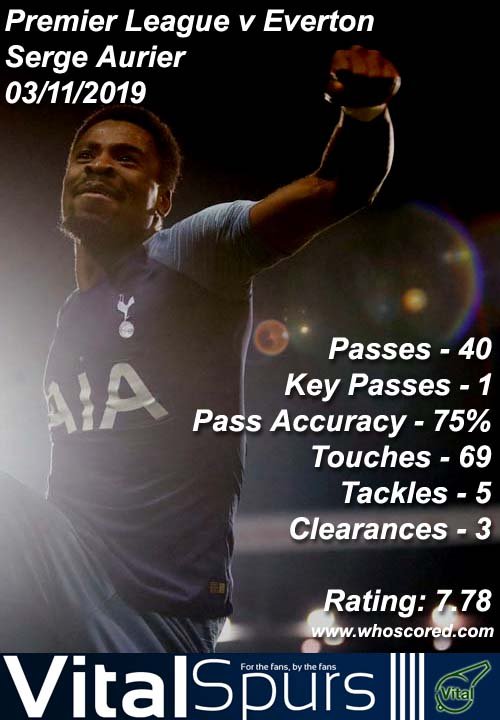 Our Man of the Match went to Serge Aurier with a score of 7.78 and there are going to be those fans who flat our reject that, and goalscorer Alli took second spot with 7.41.

The positives feel few and far between at the moment.